In this crazy action coop game, a team of two players competes against another one. In each team, one player is the mount, the other is the rider. Both have very different yet complementary abilities. To win they will need to catch the Chicken and flee the other team to score points and become the Super Chicken Catchers!

NO CHICKEN WERE HARMED IN THE MAKING OF THIS GAME

• PLAY with your friends, up to 4 players in a local split-screen mode
• PLAY online with your friends or against other players
• 2 characters: a mount and a rider, both have completely opposite yet complementary abilities.
• Colorful arenas, each with their own special features.
• Cosmetic customization items, because a chief’s hat just fits perfectly on chain mail.
• Free content updates will be released after launch

It’s not that simple to be a Chicken Catcher these days. Catching the chicken will temporarily disable one of your abilities. Communicate to trick and flee your enemies. Cooperation is the key to success!

This little guy jumps and glides in the air, get ready to drop bombs like crazy! He is slow on the ground, but why walk when you can fly anyway! When he catches the chicken, he can’t jump anymore, sorry. Team up with your mount to be able to jump again!

No piggy has ever been this fast! His charge allows him to attack, accelerate and activate triggers. When he catches the chicken, he can’t charge anymore, poor piggy :’ Team up with your rider to charge all you want!

Perfect for insane couch parties! Up to 4 people, finally a game where riding your buddy is made fun!

Alone or with a partner, play online and compete against others duo! Challenge your friends during crazy private match, or try to meet you new best friend in solo Q, who knows… 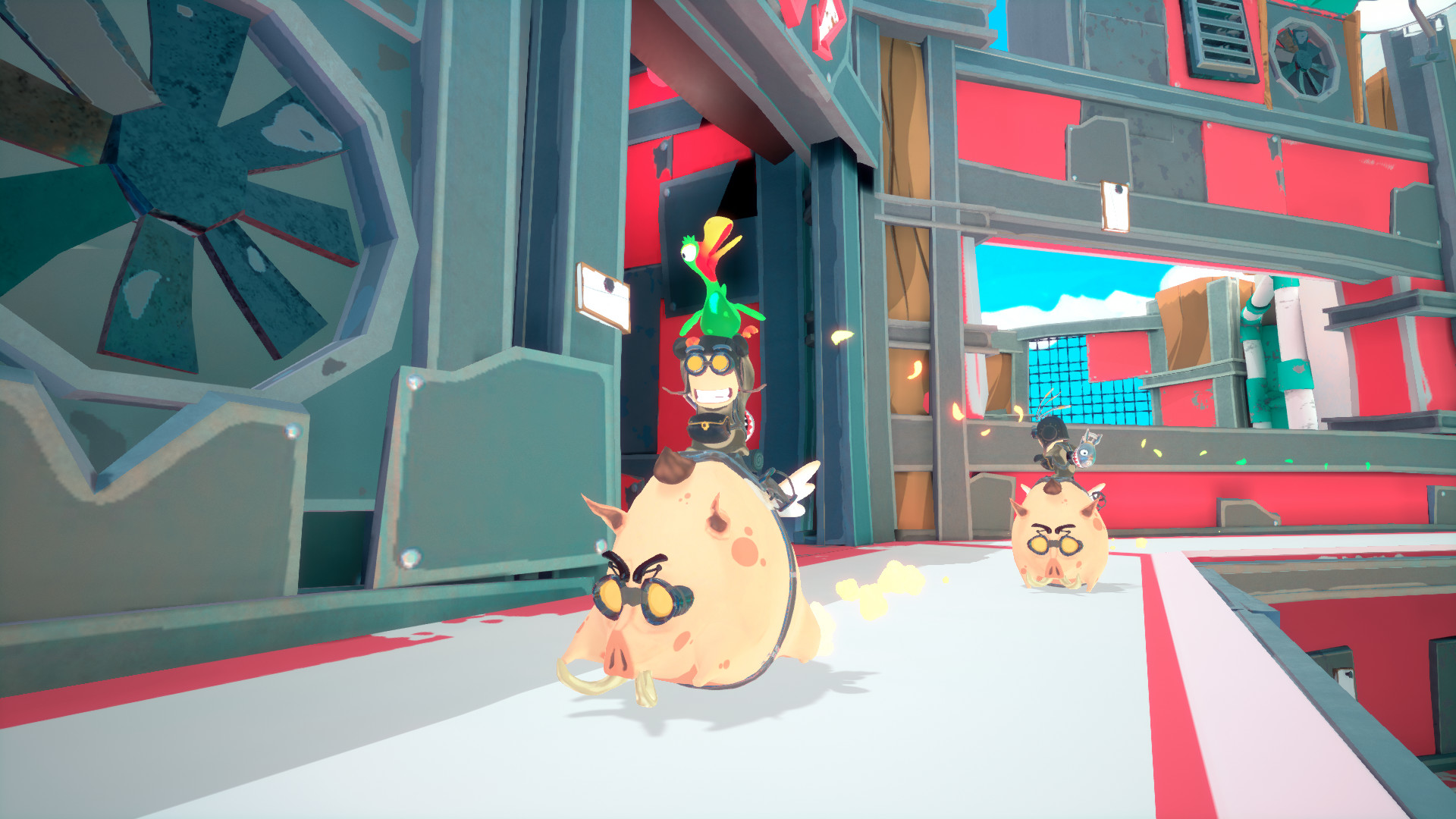 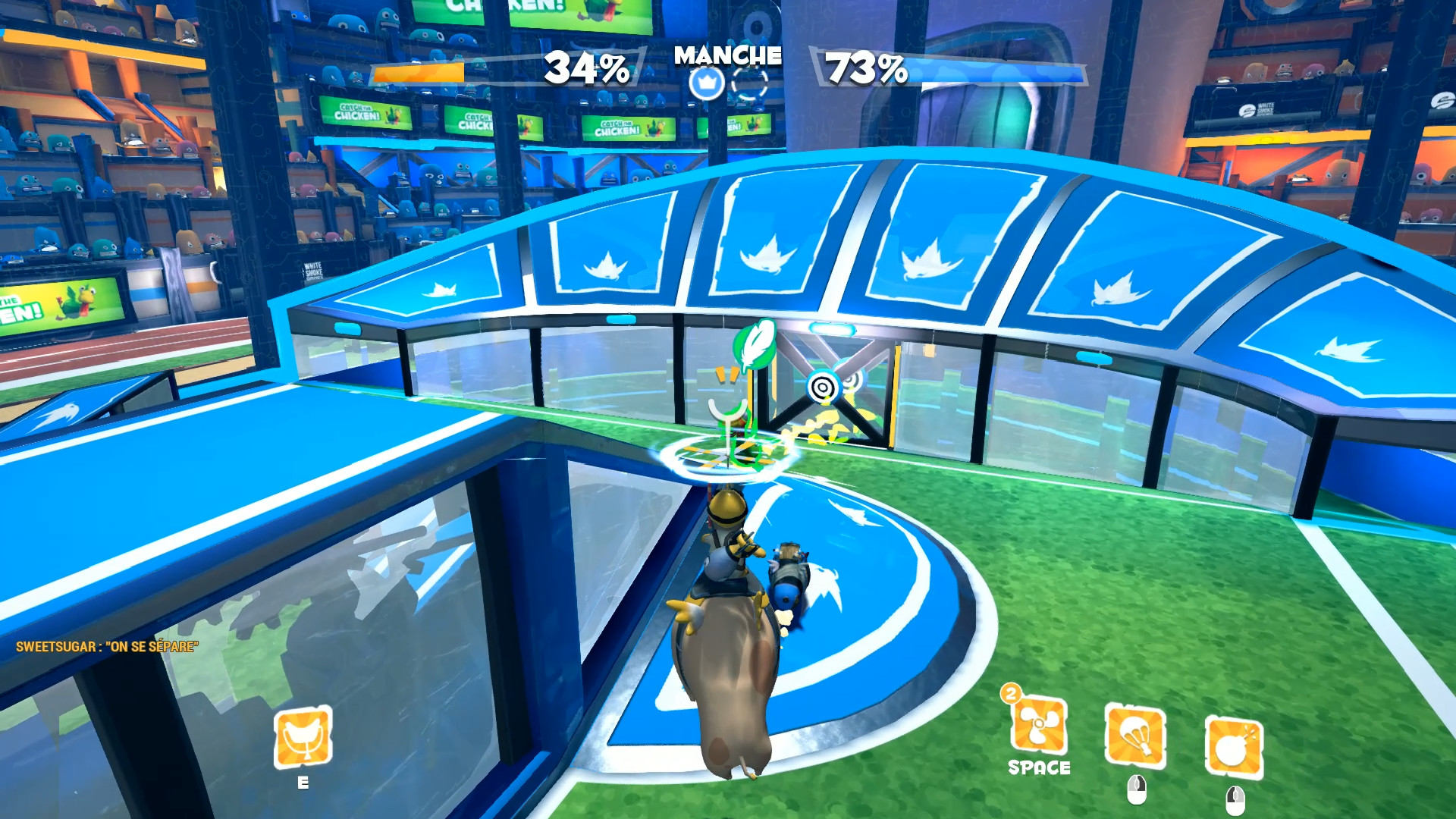 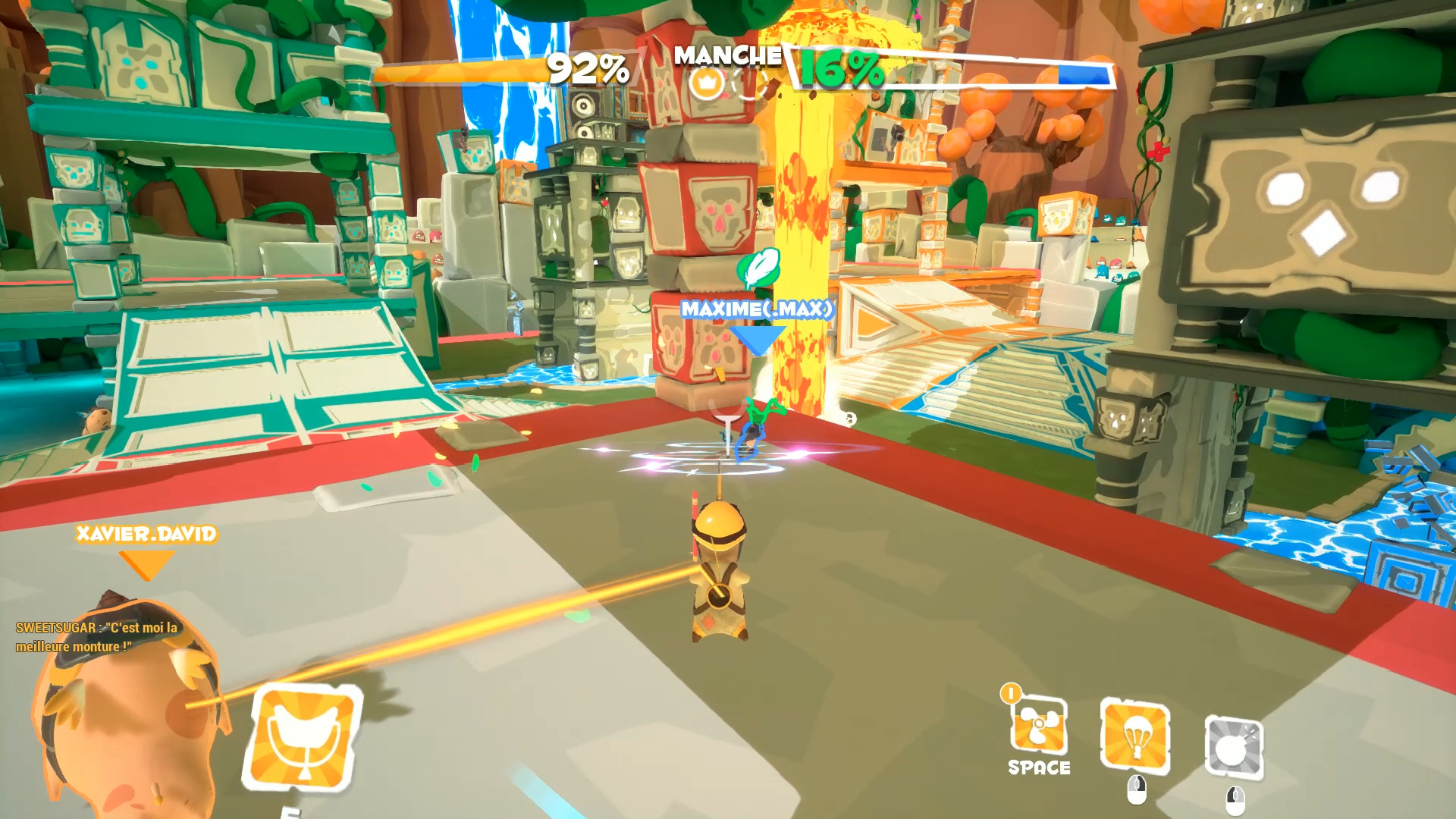 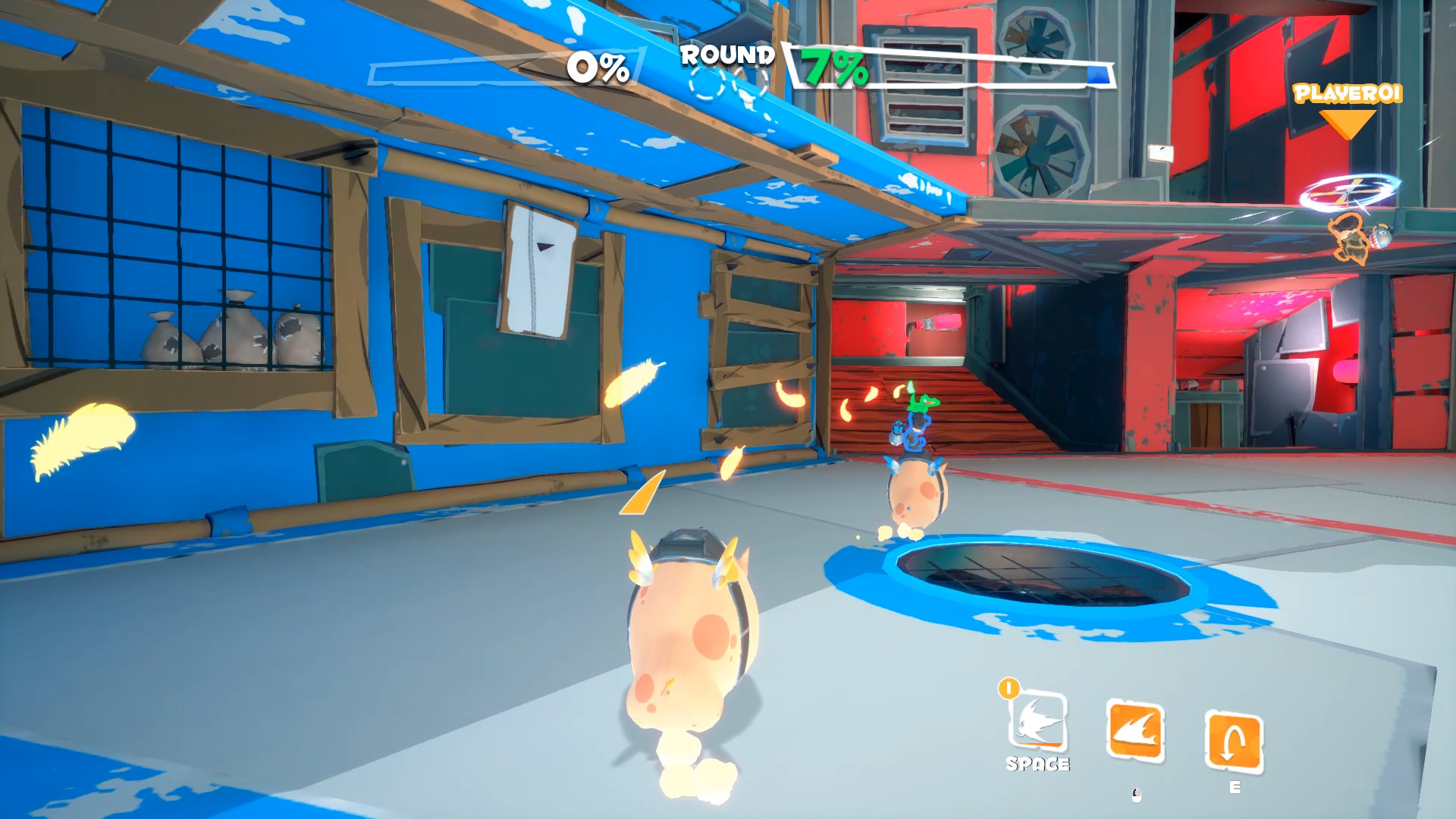