Available on STEAM
In Spaceship Commander players control their own spaceships with crews of bots. The game combines several genre: space simulator, shooter, strategy and RPG.

– Crew management:
In game you can command your bots to board the enemy ship, protect your own ship, follow the commander or attack any intruders etc. How many crew members you can take on board is determined by the capacity of the ship (this can be increased with the help of modules).

Ships can accept commands and have many components: hull health, mass, energy, speed, evade, boarding pods etc. Each ship also has a different number of weapon slots and slots for internal modules. 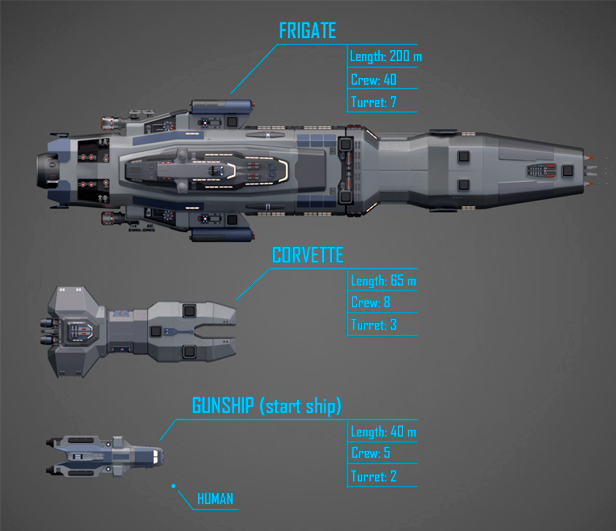 – Tactical mode:
See full situation in battle, in tactical mode you can control your crew and ship systems manually as a strategy games. 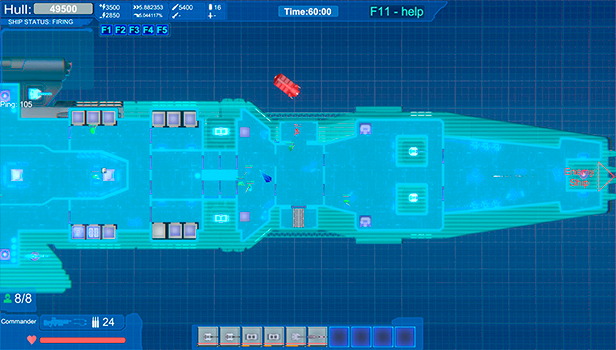 – Customization:
On your ship you can take various crew members (characters) with different weapons such as heavy troopers with machineguns or fast infantryman with plasma rifles. Each character has its own stats: speed, health and several weapon options.
In addition, you can customize your own ship by installing various weapons and internal modules such as reactors, engines, ammunition storages, boarding modules, etc. 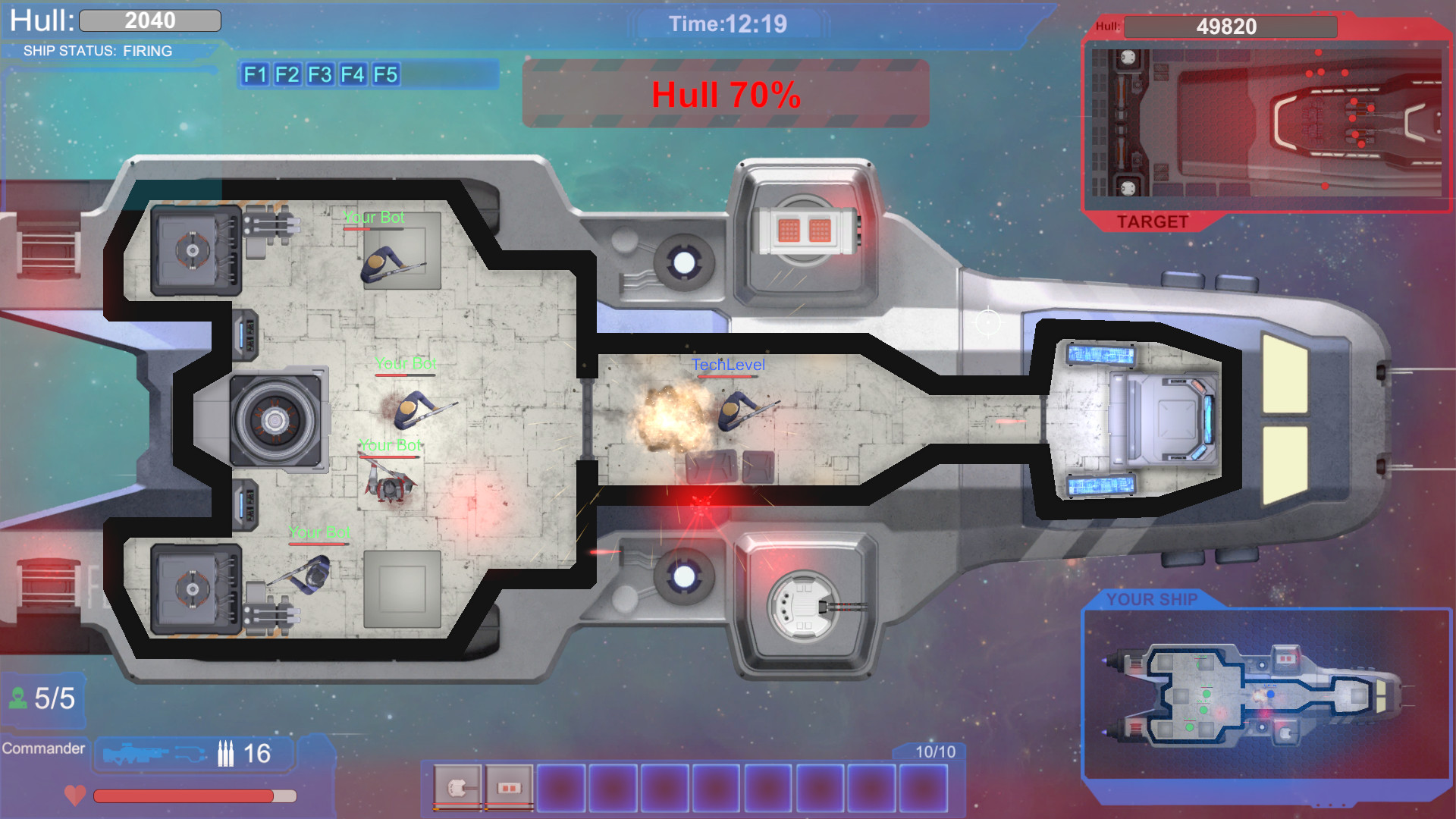 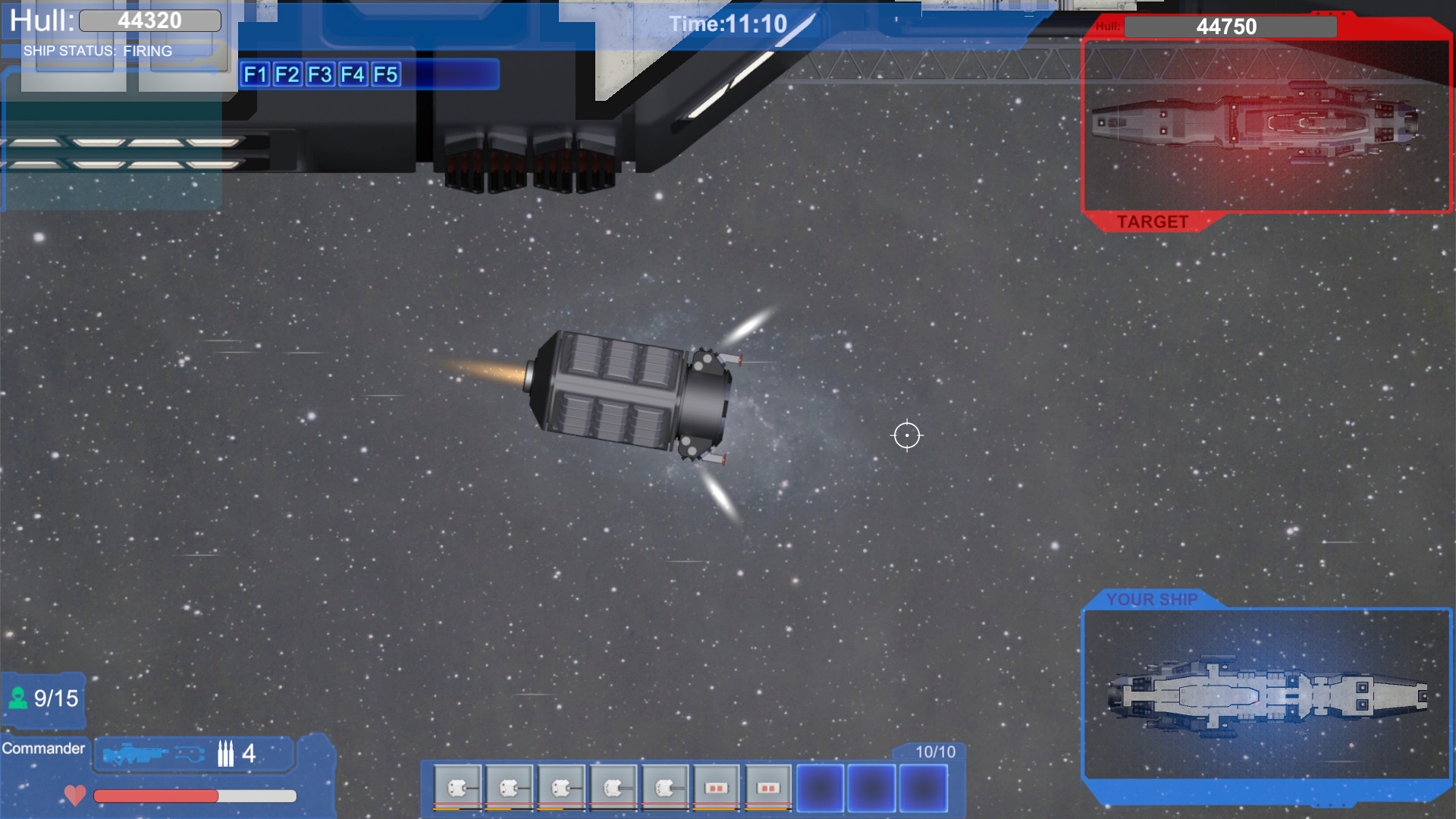 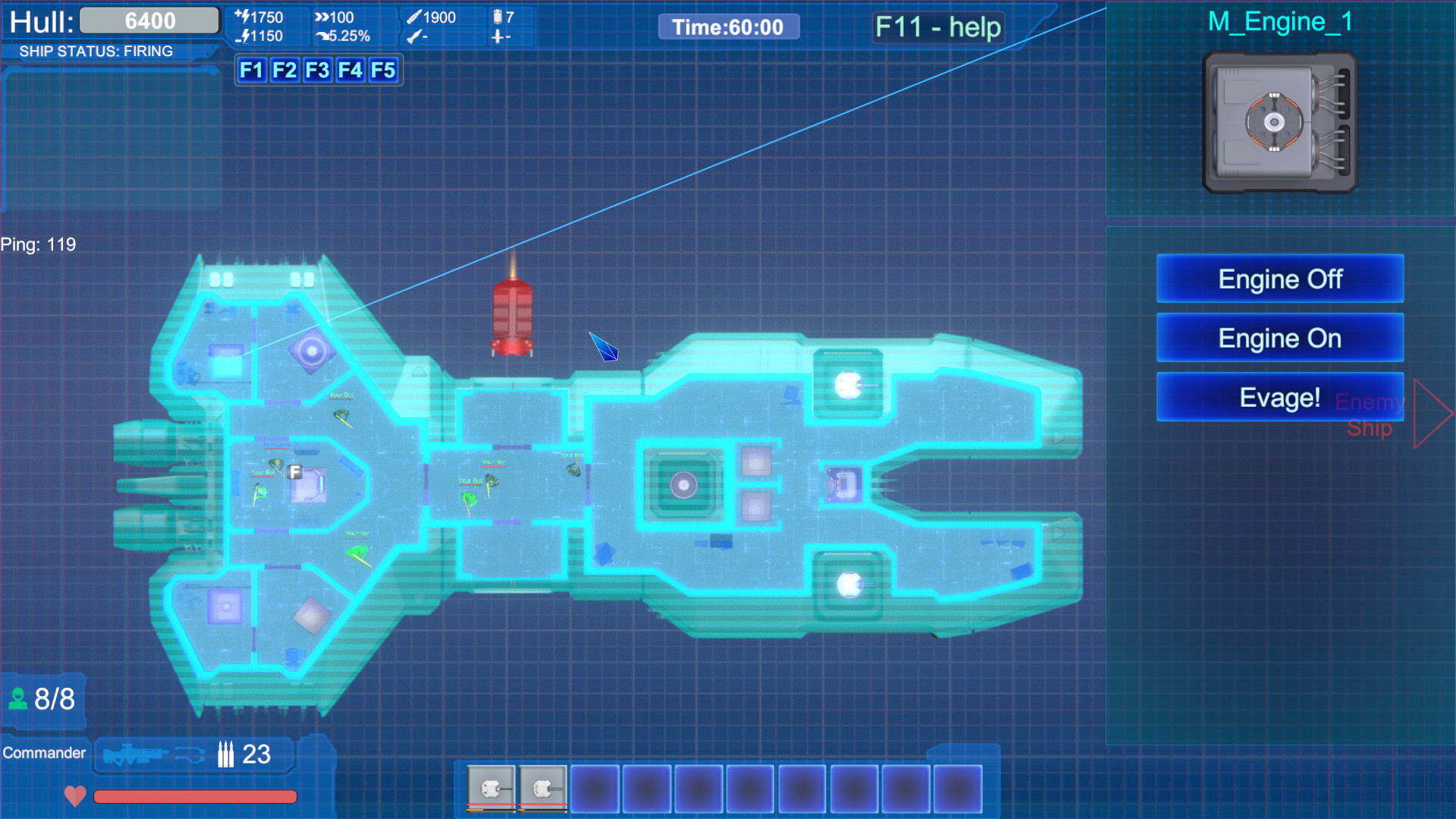 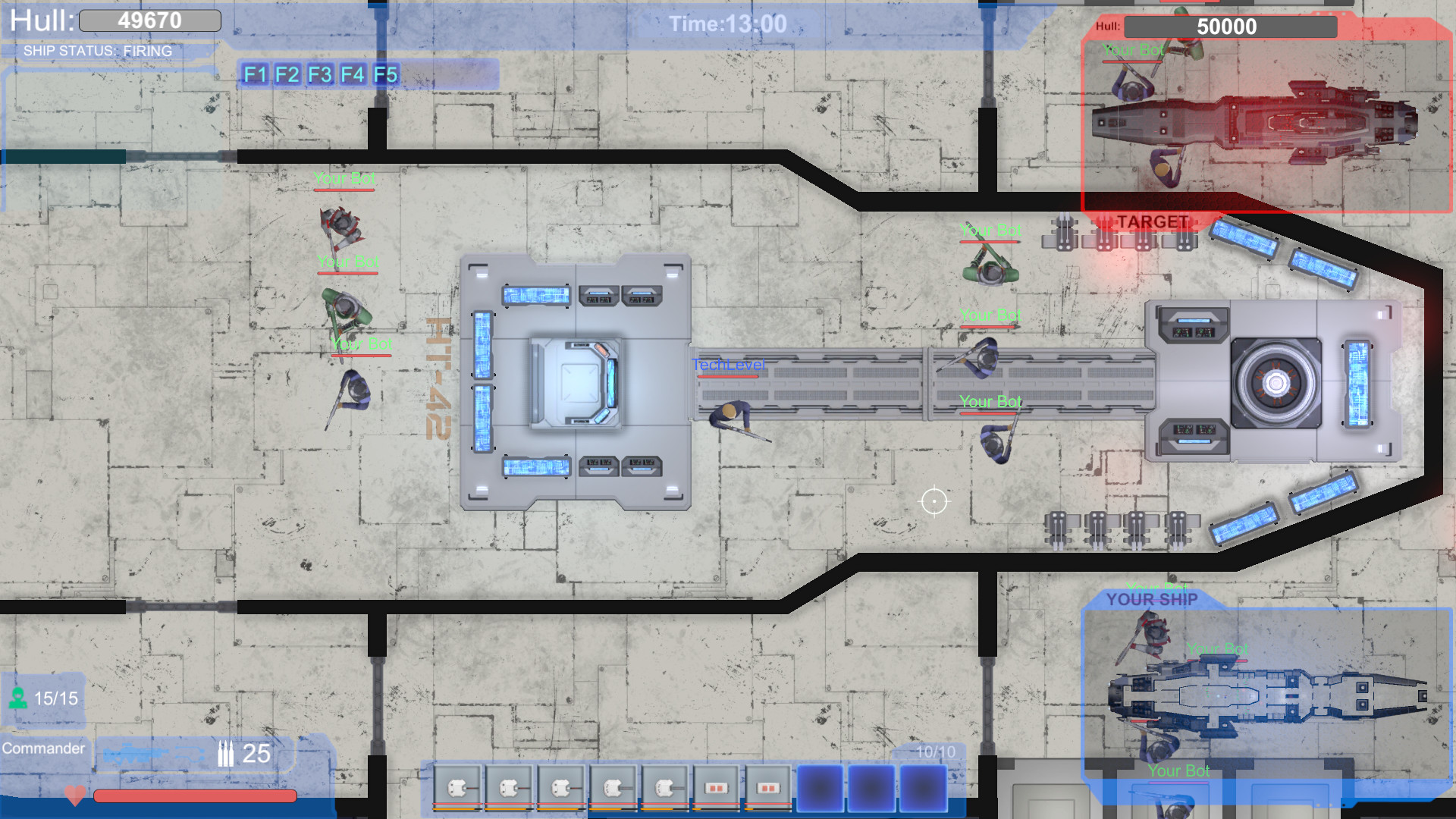 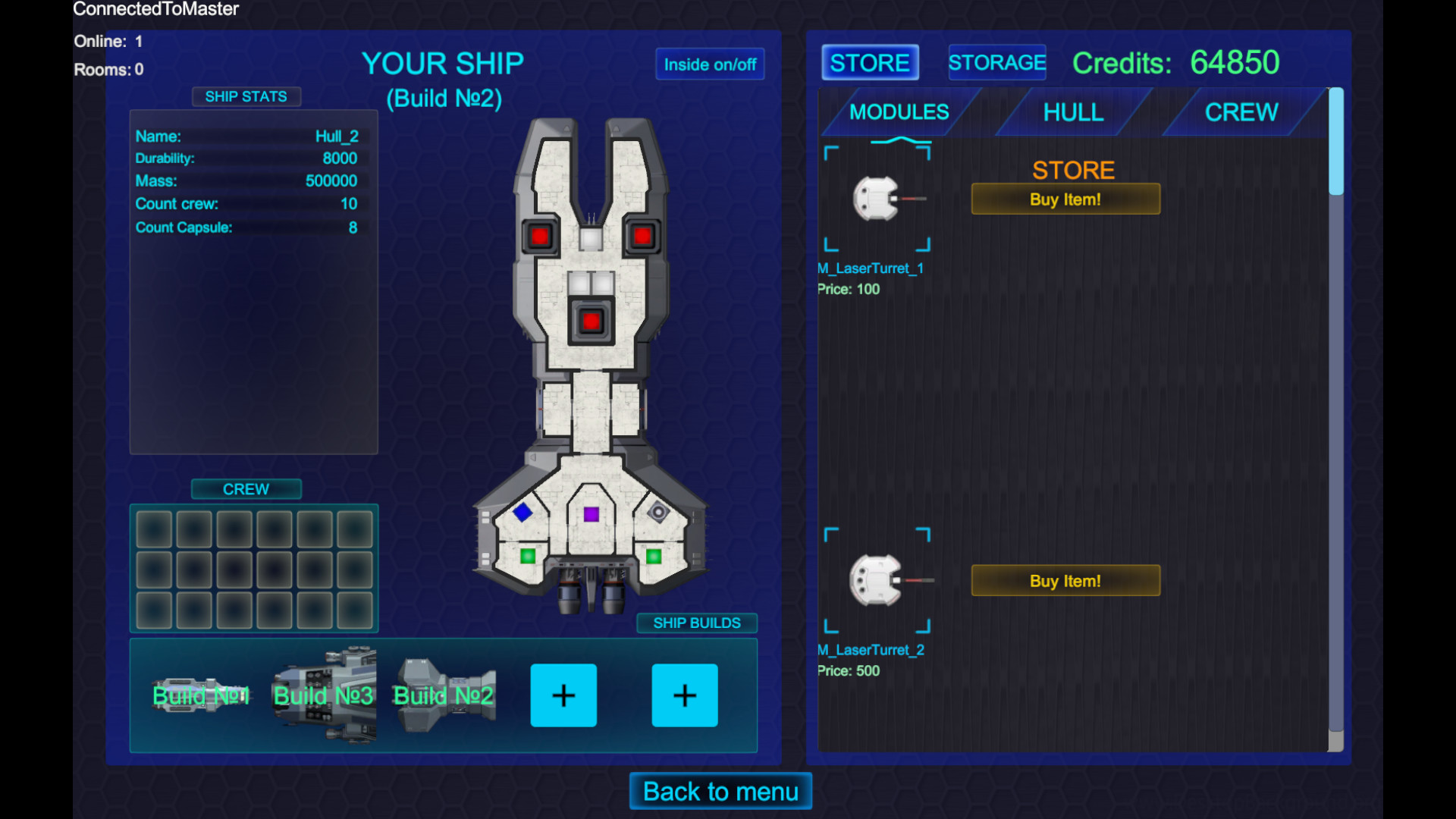