“… offers a funny adventure, something you’ll be sure to remember because in fact, Reva’s party never ends!”
9 / 10 – IGD Sunshine Magazine

“It’s so bright and happy that we’ll gloss over the fact that this lonely child is on a (literally) unholy murder rampage, converting the corpses of her foes into more cheerful skelepals. Eh, nobody likes paladins anyway.”
Rock Paper Shotgun

“Skeletal Dance Party is at the end of the day a title that is clearly crafted with love and the result is a highly enjoyable experience. With its captivating presentation and fun gameplay, the title is able to take a solid concept and turn it into hours of fun as you help Reva on her journey to host the best party ever.”
8 / 10 – Gamegrin

‘Skeletal Dance Party’ Cast spells, solve puzzles, and bring your enemies back from the dead as you dance towards the noblest goal any necromancer has ever had: PARTYING!

‘Skeletal Dance Party’ resurrects the charming voxel style and hypnotically bouncy physics of its viral predecessor, ‘Skeletal Dance Simulator’, into a full-bodied narrative experience. By casting spells, moving objects and people with telekinesis, and resurrecting your enemies as more skeletons to join your party crew and reach the all-important goal of having the biggest party ever!

In this adventure you play as Reva, a young fox-eared necromancer on a quest to hold the biggest, funnest, most awesomest party for all her new friends! Her new friends just so happen to be reanimated skeletons harvested from the bodies of her enemies, but she’s raised the dead and now they wanna raise the roof! You and your newfound friends will battle against the oppressive forces of the Temple of Righteous Light, invite a myriad of monsters to your big bash, and dance your way to victory! So grab some milk and get ready for the party of your life and afterlife!

Everything is physics-based – you’ve been gifted with the power of telekinesis! You’ll solve puzzles, throw your enemies, and bring your friends and surroundings exactly where they need to be! You’ll also be able to flip tables, which is way more important.

Expand and lead your party army to victory with an range of magic spells and mystical powers! By the wiggling of your nose (and the tapping of your keys) you’ll turn the bodies of your enemies into more skelepals to keep the party going all night long!

Your skeletal minions will use anything they can get their boney fingers on to make your party as killer as possible! Your boney buddies will equip everything from weapons to hats, from spell books to trumpets, and dance their way into battle against the forces of the Temple! 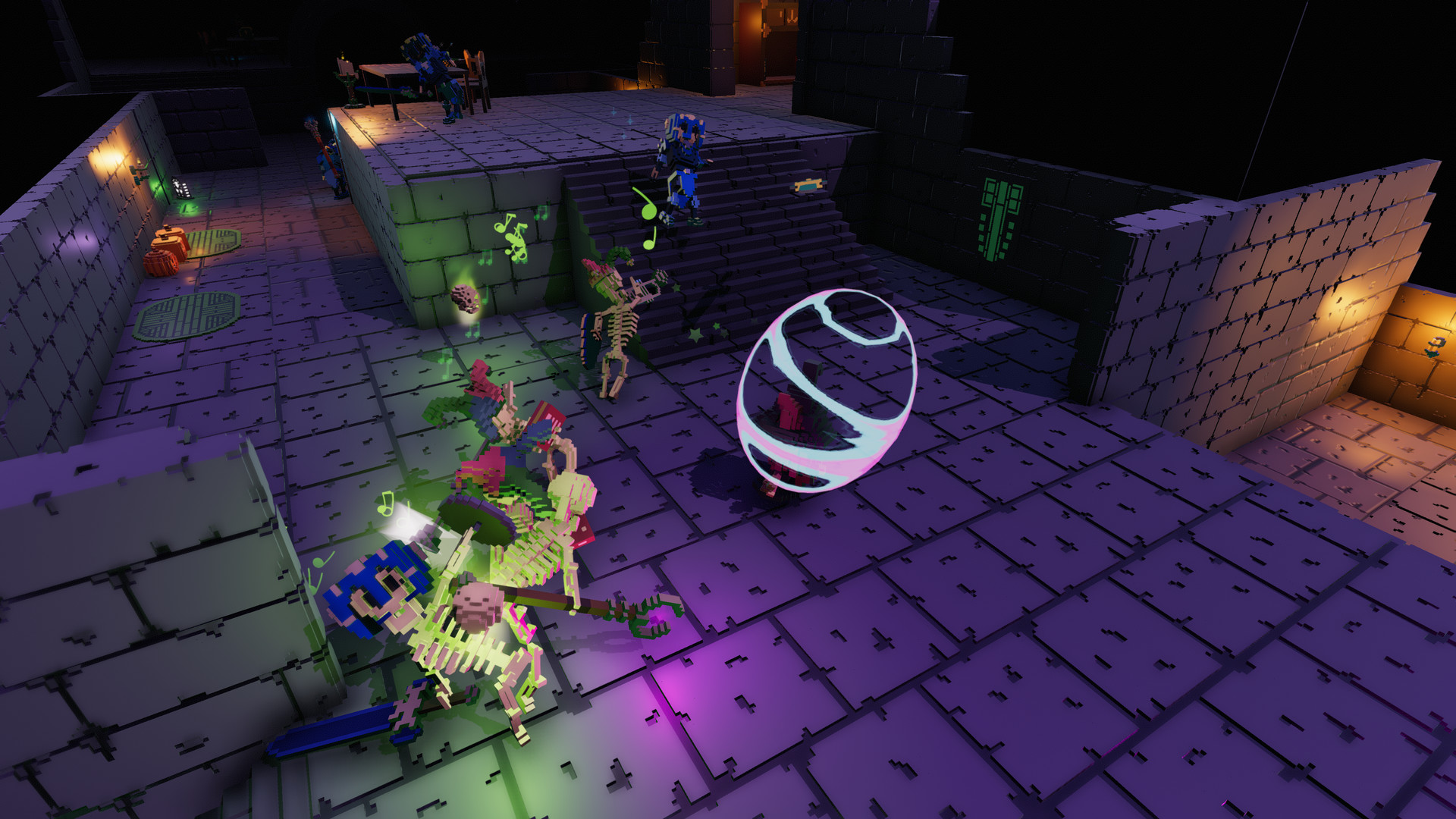 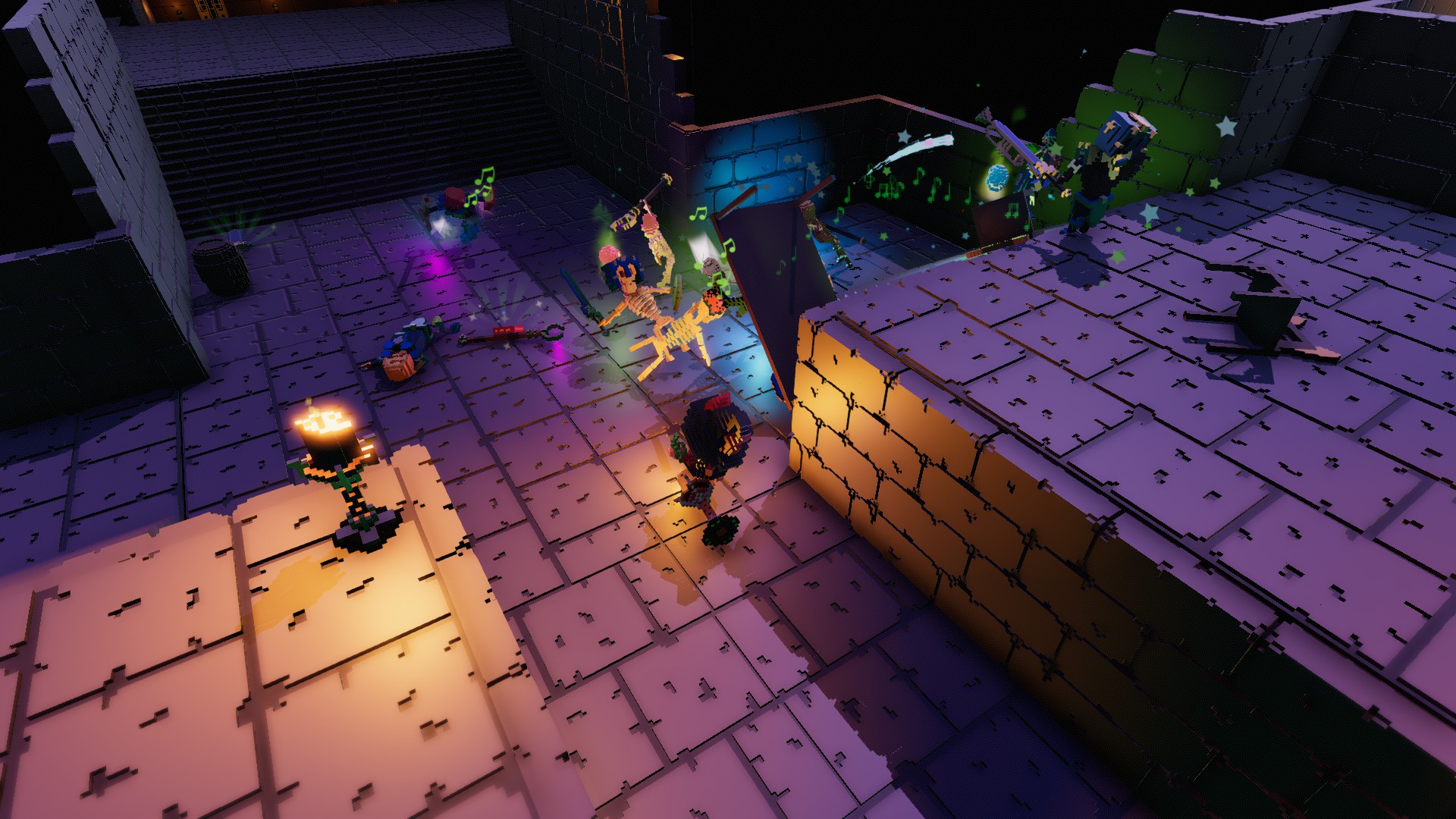 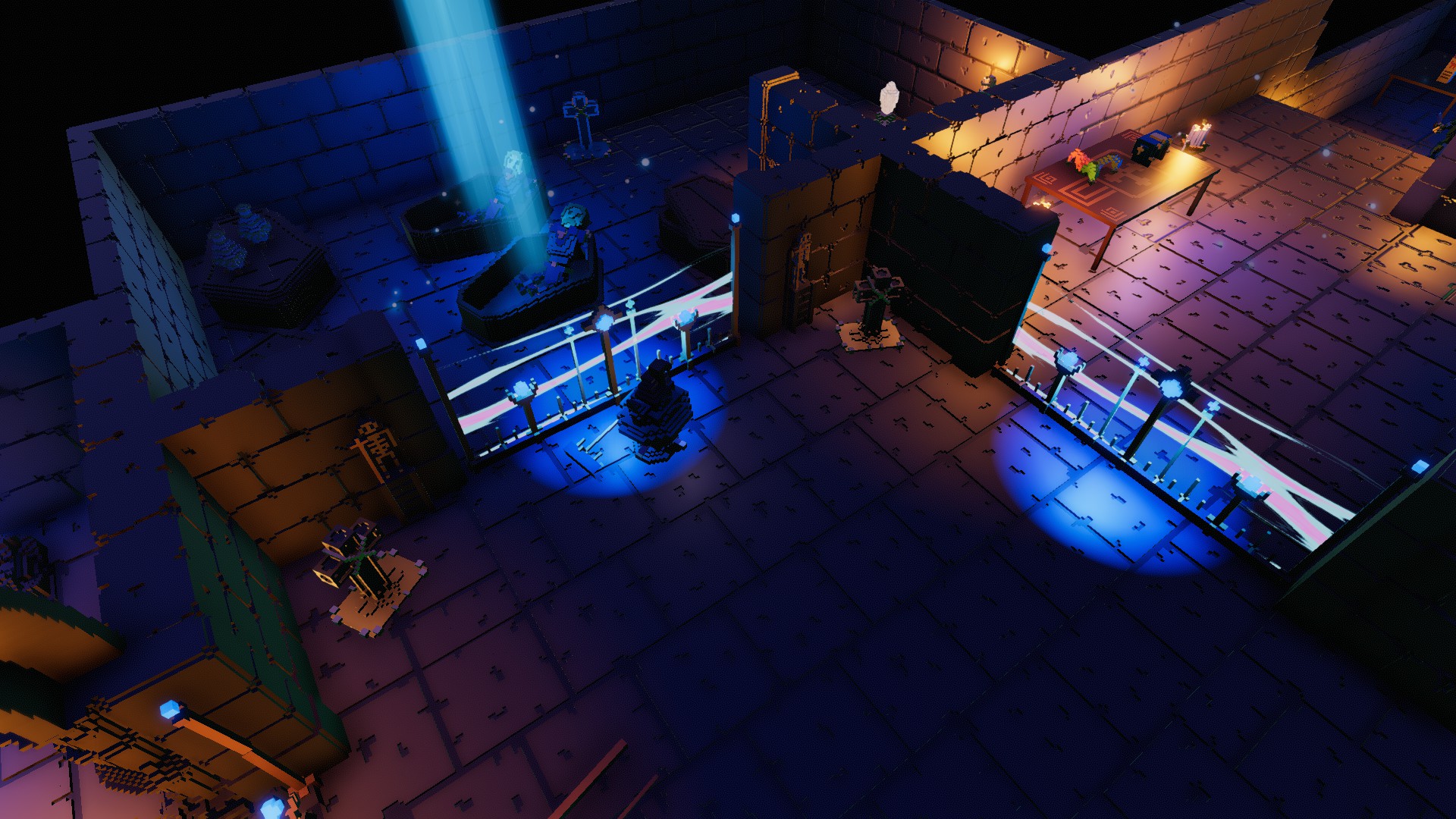