A 3-4 hour journey through an RPG-flavored museum of bad game design and worse puns.

A meditation on the rites of passage that define a veteran gamer.

“You know I can’t stay,” he said softly. “And you can’t go. The house wouldn’t be the same without you.” She didn’t speak.

She couldn’t find the words to respond. She just watched his figure grow smaller, and smaller until it was gone.

That’s how I would end a romance novel about a congresswoman and a snowman if I were to write one, but I didn’t. Instead I made Rage Quest: The Worst Game! A snarky, low-def odyssey through the trials and frustrations that unite gamers everywhere.

You’ll play as Ivy, a daring and cynical adventurer, as you spend 3-4 hours traversing a modestly-sized world of cheeky dialogue, terrible puns, and lovingly crafted artisanal frustration. Will your skills and irrational dedication to finish what you’ve started triumph over the forces of bad camera tracking, long cut scenes and useless allies?

What other perils might lie in store for your delicate temper and extra-throwable wireless controller!?

Find out for yourself as you explore the game already being called “Game-changing,” “Extraordinary,” and “Graphically extant” by a sentence you’ve read! Rage Quest! Mean-gift it to your enemies!

Q: Is this a game where I’m going to have to do a ton of grinding?
A: No. You can grind for EXP if you want, but it should not be necessary.

Q: Will I become frustrated while playing this game?
A: Count on it.

Q: Am I going to see the jokes about how NPC’s always say the same thing and heroes steal from people’s houses yet again?
A: No. Rage Quest is mostly a satire of bad/frustrating game mechanics and game design. Not necessarily of RPG tropes.

Q: Have any of these questions actually been “asked frequently”?
A: No. That’s not how anybody writes these things anymore.

Q: So there’s really no clear limitation on what can be asked here then?
A: Don’t get carried away.

Q: Zip-offs? Hahahaha, are you kidding me? Hey the 90’s called, but just to say hi. They don’t want those back.
A: That wasn’t even a question! FAQ OVER!

Hot fudge sundae whose ice cream is the platonic form of a game and whose hot fudge is literal hot fudge that I spilled all over my keyboard. 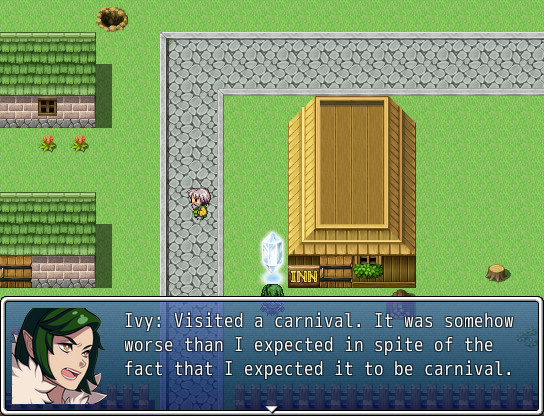 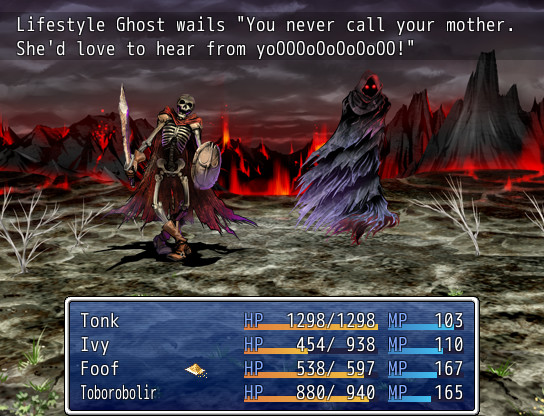 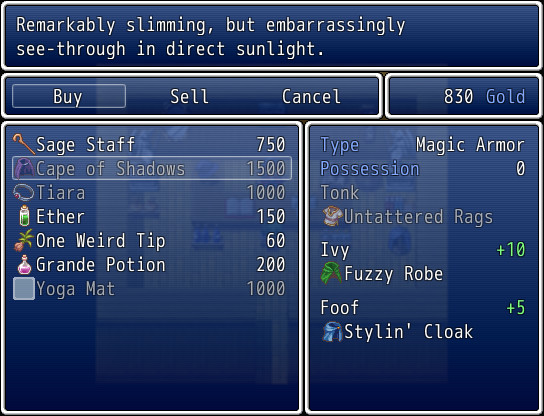 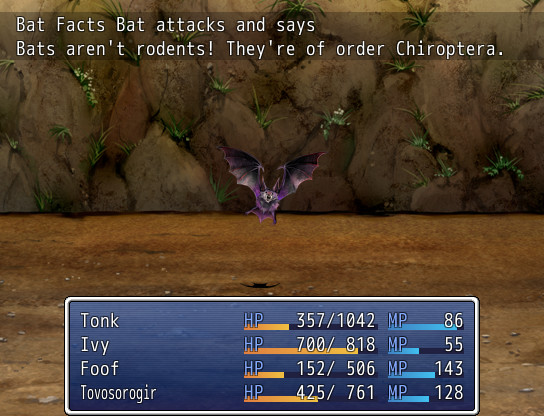 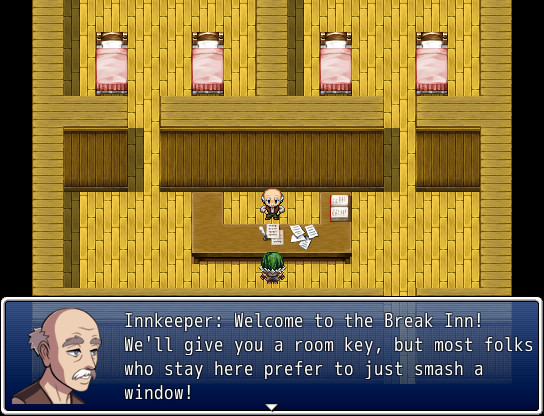 Not a bad display of what RPG-Maker can do to help you create a video game.  I can tell a lot of work went into dialog to make this both humors and fun.   The quests are numerous with lots of dialog.   Not a bad little game!  I do recommend a joystick but keyboard and mouse work just fine.