*** As seen on TV on BBC One Sunday Politics ***
Help Maybot run, jump, slide, and shoot her way to a strong & stable dystopia in this hilarious political infinite runner.

A Game for the Many

Slide under tractors and ripsaws to avoid death and collect more goodies. Build up your naughtiness to unleash your ultimate form and shoot down massive bosses.

Spend your votes in the shop on upgrades and new playable characters, each with their own perk. Rise to the challenge and unlock achievements and make history on the Steam leader-board.

You are the Maybot now RUN!

“On its surface it’s political commentary is blatant and hilariously so, but there’s a surprising amount of depth to its cuts.” – Astrid Johnson, Indie Haven

“The gameplay is extremely original for an endless runner. The soundtrack is pretty righteous as well.” – Dayton Does Gaming

In 2016 Maybot landed in the UK and quickly took power as an unelected dictator. Help her and her cronies run, jump, slide, and shoot their way to a stronger, and more stable leadership.

Wreak havoc on the poor, help the elite, and be as naughty as possible in those wheat fields.

With your help Maybot can defeat the coalition of chaos; morality and hope, bringing back the wealth to the elite few and condemning the many to ordinary working poverty.

There are girl’s jobs and boy’s jobs but this is definitely a bot’s job. 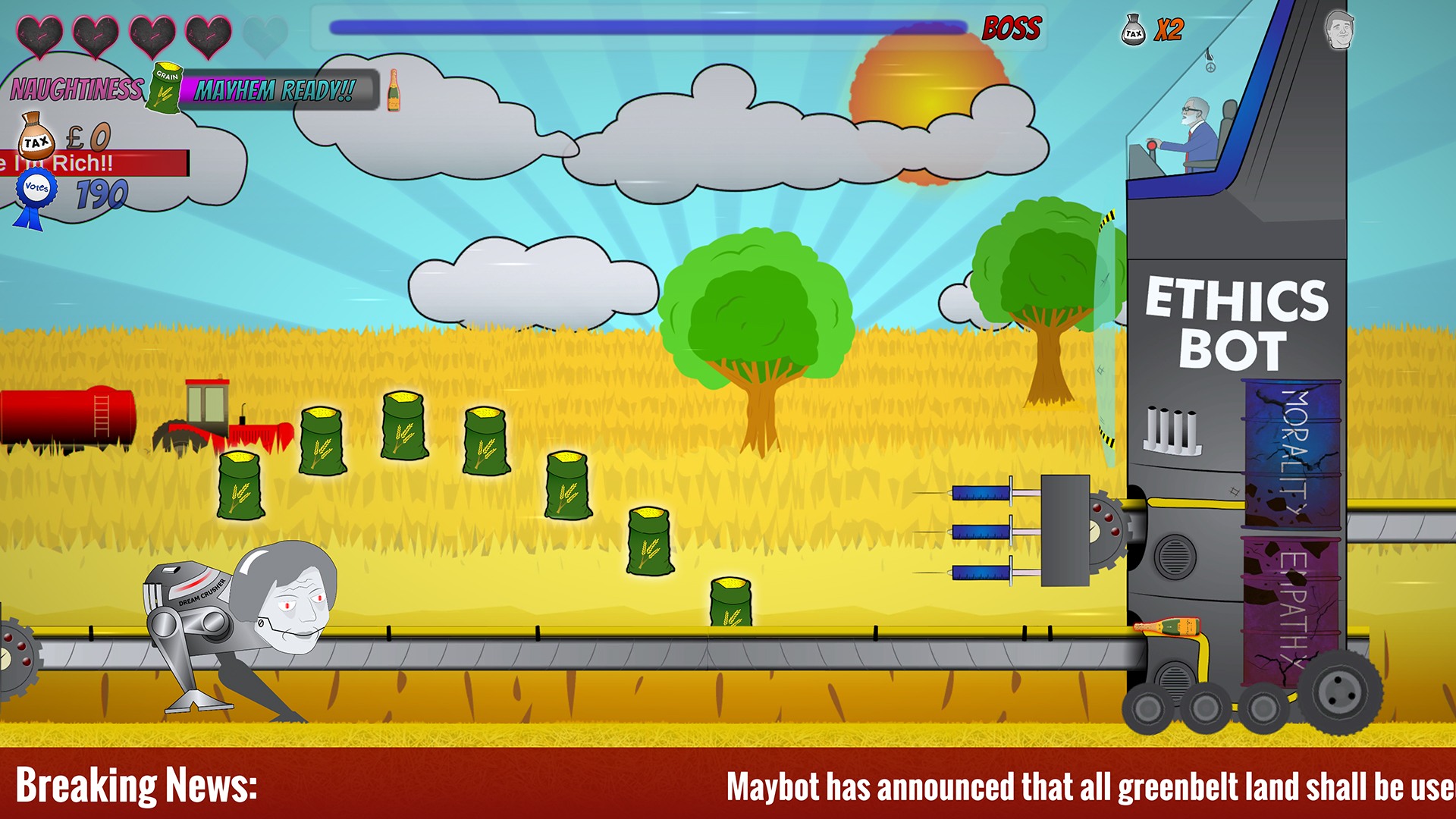 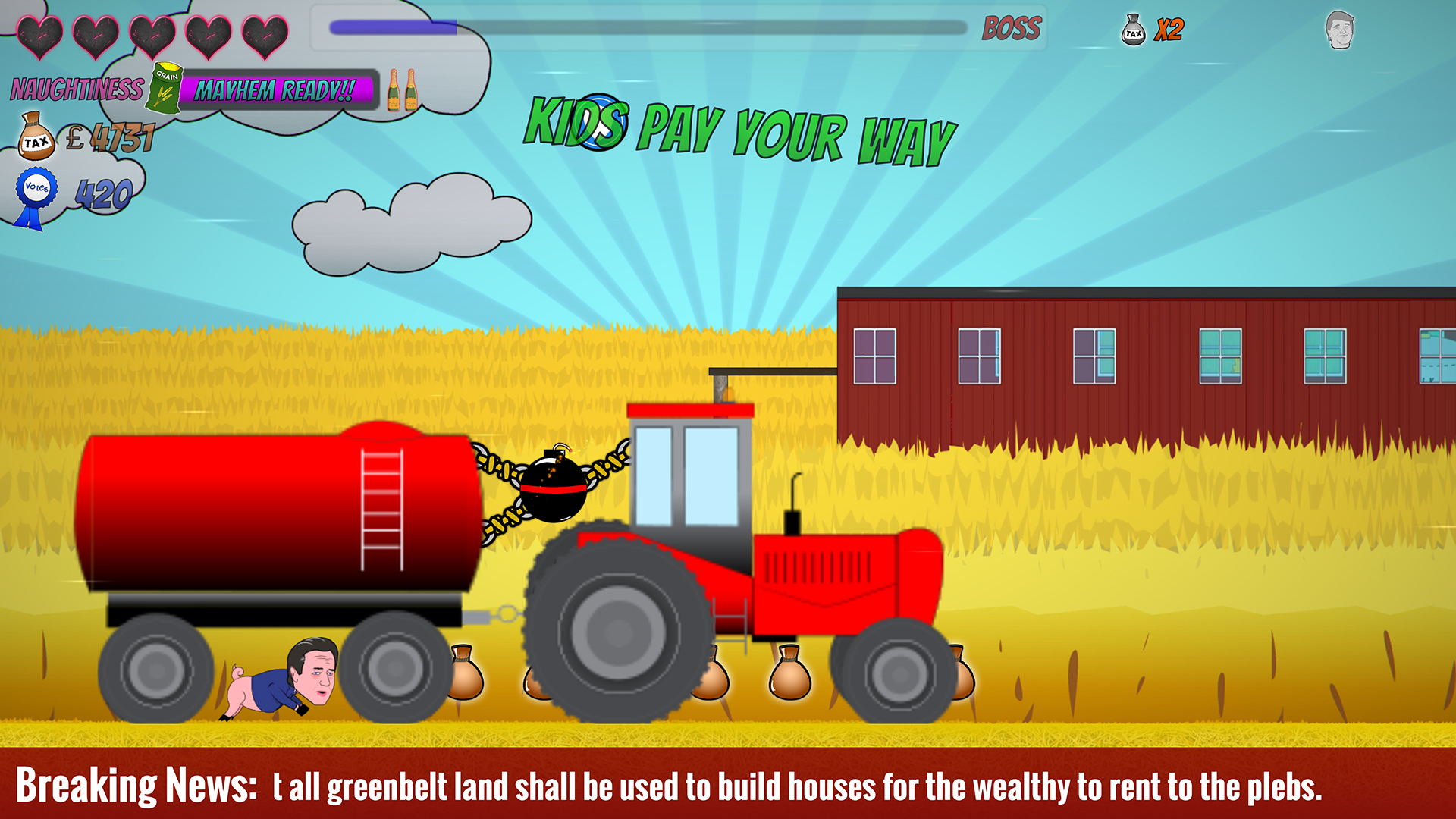 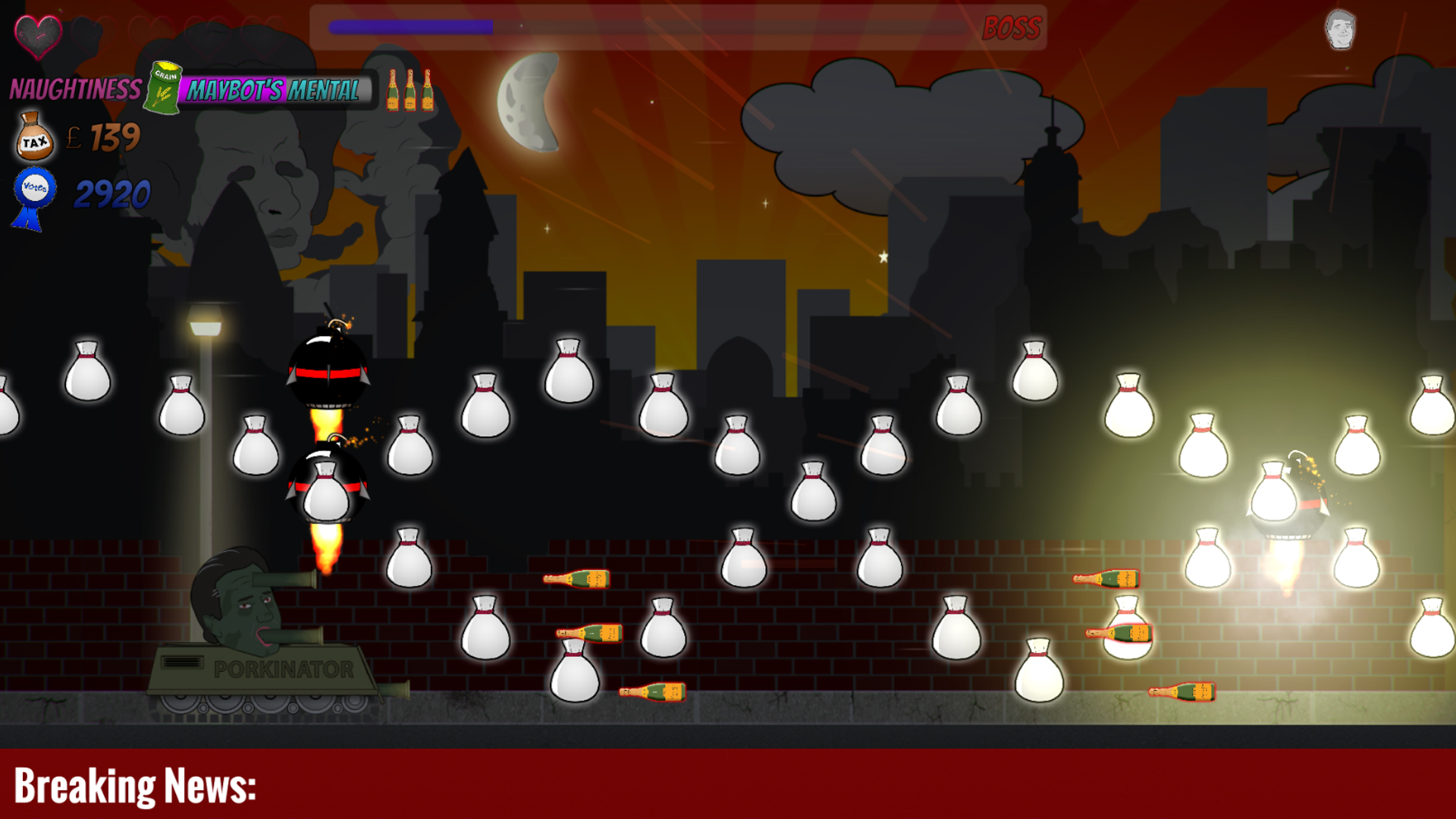 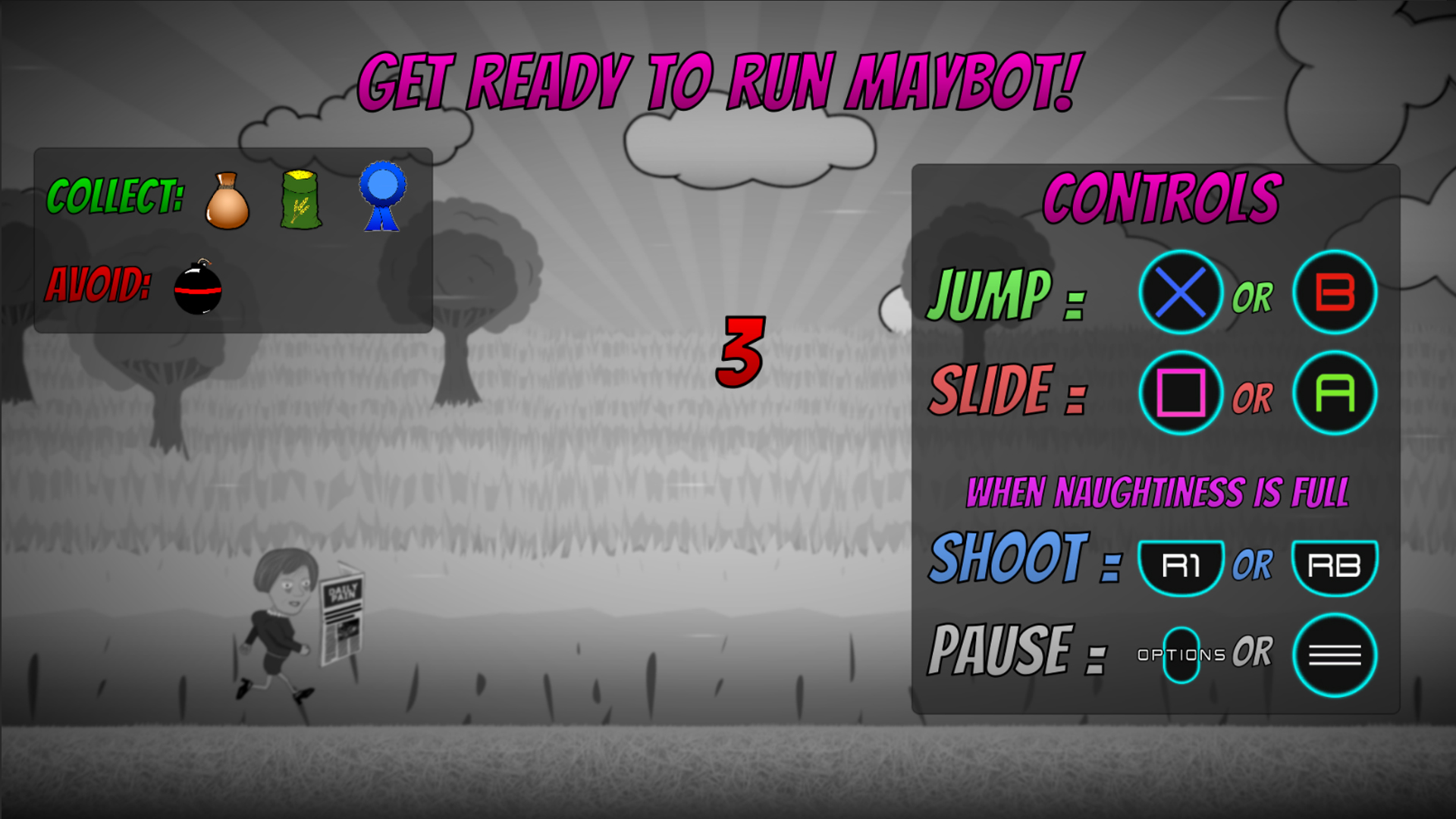 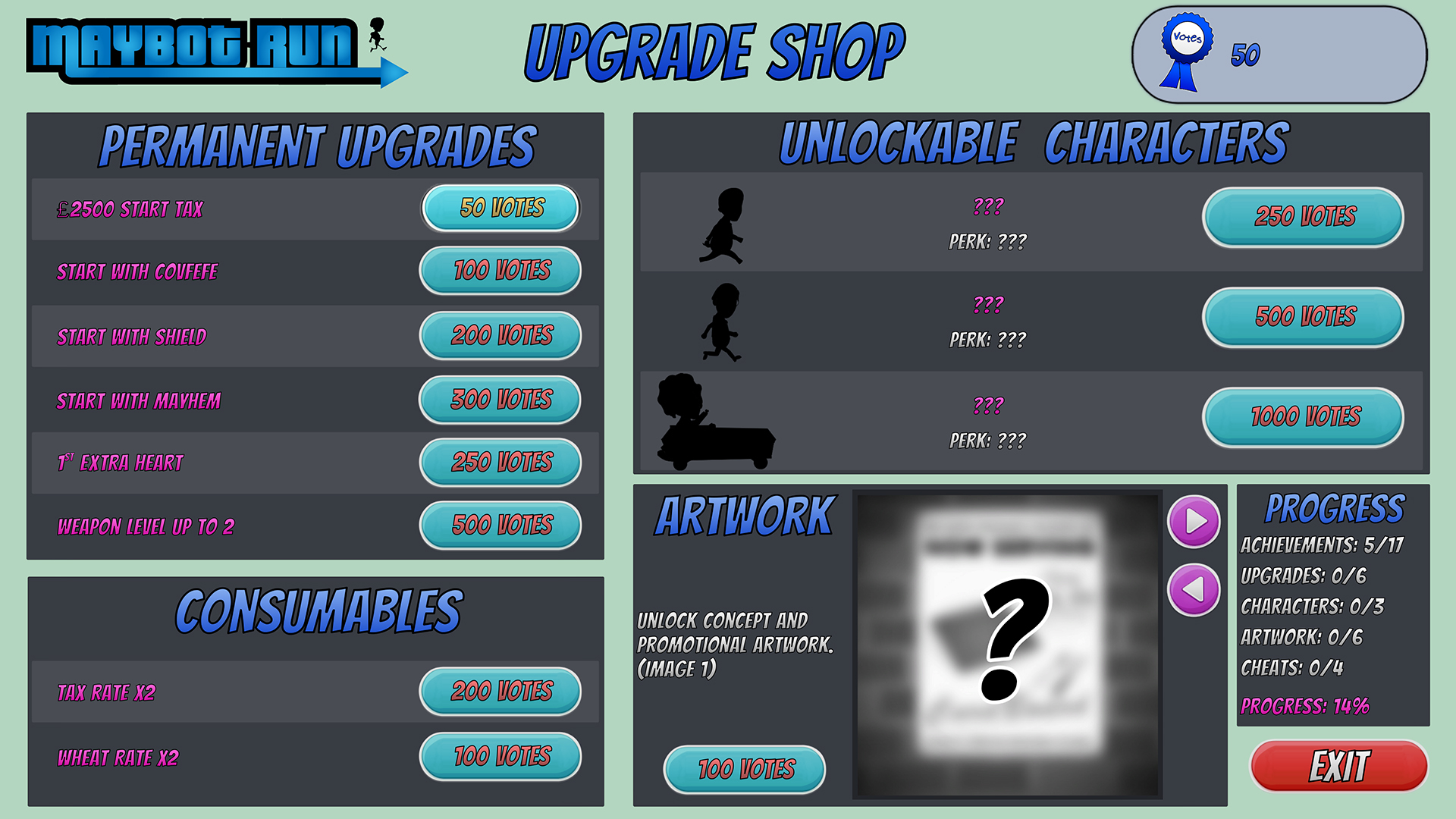