Final Equinox: The Arrival is a turn based space combat sci-fi role playing game set in a unique and interesting Universe.

The player is a newly appointed star ship admiral whose fleet encounters a new enemy in deep space.

The game takes place in a complex world filled with multiple different races, in the midst of political upheaval.

Rules and feel of the game hark back to the days of old school role-playing games, where combat is difficult and the game forces players into morally compromising situations.

Frozen Wasteland Entertainment was founded by two friends during the cold the Wisconsin winter. Jonathan and Kevin had decided that they would undertake the great challenge of creating a role playing game.

Explore a new and unique setting. An empire transitions, while another race attempts to hold on to remnants of its past. The world of Final Equinox is unlike anything else. Religion, politics, and cultures clash, in a world where conflict is prevalent and the scars of a violent history are still visible.
Final Equinox: The Arrival takes place in the Outerworlds, a newly colonized area run by cruel warlords or governors who have been appointed due to political favors. The past remnants of the Krum Rebellion still exist in the outer worlds, and have either gone into hiding or are planning their next strike.

The Malderians: A race of humanoid aliens Their empire once encompassed their known world, But as other factions began to question their power, they saw their empire shift into the Galactic Commonwealth. They were the first alien race that humans came into contact with, they absorbed the humans into part of their empire, and as their empire fell, the human race became more advanced and became larger players on a political level.
They are still considered the leaders of the Commonwealth to many of the other races and frequently clash with the Krum. They are demanding and ruthless and when they encounter another species they give them the option to join them or die.

The Krum: The Krum are one of the larger races in the galaxies. The Krum are known for being extremely strong, yet most of them try to avoid conflict. Most Krum are born with a natural born rage, which many of them have suppressed. During combat, some Krum will whip themselves into a frenzy (embracing their blood vision), and then become incredibly strong and powerful. When they are embracing their blood vision, friends and foe have a tendency of becoming confused, and this has caused many Krum to avoid using it in combat. The Krum are a very masculine society. Many of the women are treated as though they are second class, and even though there can be Krovellas, which rule the kingdom, many times they receive far less respect than their male counterparts. Many of the Krum still don’t talk about the War of Great Expansion.

The Terrans: Humans were the last of the four main races in the Innerworlds to reach outer space to be discovered by the Malderians. Despite this, their strong perseverance caused them to be key leaders in the transition from the Malderian Empire into the Galactic Commonwealth. The Terran Confederation is currently in control of two solar systems, with multiple planets that have been either tera-formed or are far into the process. All races are treated well within their borders, which has caused many of their planets and colonies to become key trade hubs.

The Barkhomi: Most of the Barkomi are scientists or mechanics, believing that machines are the answers to the galaxies problems. They spent much of their time building new machines and experimenting on different alien species. Some of what they do could be viewed as a violation of Galactic Commonwealth Law, but most turn a blind eye, because of their many scientific discoveries. Most Barkhomi live in communes which are separated by job and class.

The Barkhomi have a tendency to value science and mathematics above physical activity. The Barkhomi that live in the Collective are known as the chosen children, while those that leave the colonies are known as Outworlders

Final Equinox: The Arrival has a unique combat system, which will affect the dialogue choices of the player, as well as the stats of the ships.

Throughout the game, the player will be able to rearrange his crew members in different positions on the ship, which will affect the ship’s movement, firepower, as well as other special abilities. Our system is fundamental to the overall feel of the game.

Crew members became very important as they gain experience and increase their skills as time goes on.

If a ship is lost in combat, the player is not able to get the crew on that ship back.

We enjoy putting the player in difficult positions and seeing how they react.

Certain choices could also affect the morale of the ship, which will then affect how the fleet performs in battle.

As a leader in the Galactic Fleet, the choices of the player will have far and lasting consequences.

We enjoy putting the player in difficult positions and seeing how they react.

Certain choices could also affect the moral of the ship, which will then affect how the fleet performs in battle.

As a leader in the Galactic Fleet, the choices of the player will have far and lasting consequences. 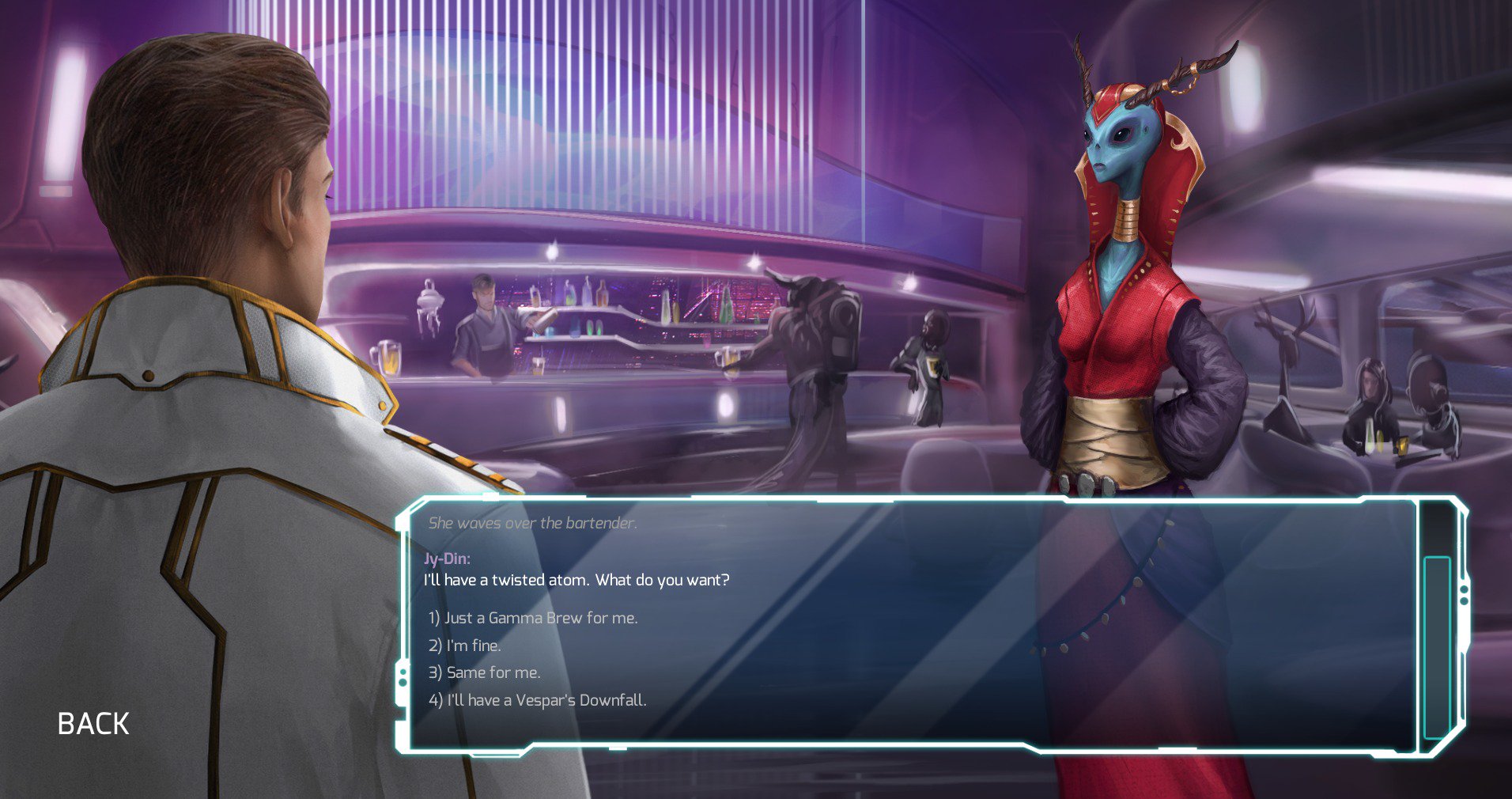 Frozen Wasteland Entertainment was founded by two friends during the cold the Wisconsin winter.

Jonathan and Kevin had decided that they would undertake the great challenge of creating a role playing game.

Regular Price:
to be determined