We’re running the second round of private beta in April! If you are interested, please join our Discord server or email us at hello@vasinovgames.com to receive a beta key.
Why Signup for Beta?
Help shape the game by providing opinions and feedback.
Claim the 50% early supporter discount on the final version of the game.
Secure a spot in game credits. If you are extra active during the beta test you’ll be able to put up a message in the credits that will stay there for all eternity!

In this fast-paced grand strategy game you take control of an advanced civilization in an ever-changing galaxy. Collect star energy, mine asteroids, and expand the population to grow your economy by building energy spheres, harvesters, and ringworlds.

Learn how to thrive in beautiful procedurally-generated star systems by building hyperlanes to other stars and adapting to constant changes with asteroid fields depleting, new stars being born, and ancient ones going supernova.

Follow a procedurally-generated story in the single-player campaign or battle AI and your friends in custom multiplayer arenas.
One Turn. One Million Years.

Experience a new take on the 4X space strategy genre with fast-paced battles without tedious micromanagement. Forget about hexagons and build hyperlanes directly to other stars…as long as you have enough energy!

Every time you finish a turn, one million years passes by. This means you get to witness stars’ natural lifecycles with blue giants going supernova and turning into black holes, asteroid fields depleting, and new stars being born.

Enjoy beautiful procedurally-generated star systems that make every battle unique visually and strategically. No battle is the same, so you have to discover and adapt every time.

Build mega-structures like giant energy spheres and ringworlds around your stars to collect energy, harvest asteroids, grow your population, explore the map, and colonize other stars.
Upgrade your structures to get a strategic edge but be sure to use minerals wisely—there’s always a shortage! Extra minerals are hidden in asteroid fields that are easy to capture but hard to hold on to.

Six different research branches let you try out numerous strategies. Are you a militarist focusing on attack improvements at the expense of resource harvesting and the well-being of your population? Are you a researcher exploring the map faster than anyone else by using advanced telescopes and energy reactors? Or are you an engineer mastering asteroid harvesting and advanced technologies like star lifting and artificial gravity?
Colonize stars to collect more research points and get to the most powerful technologies faster. Find and capture space stations to increase your civilization’s research speed.
Many Ways to Play
Enjoy a procedurally-generated campaign following the fate of an advanced civilization. If you want a quicker battle, then pick a single scenario or setup a completely custom battlefield with your own rules.

Tired of playing against AI?

Get your friends in the same room to battle in the up-to-five-player hotseat multiplayer mode. 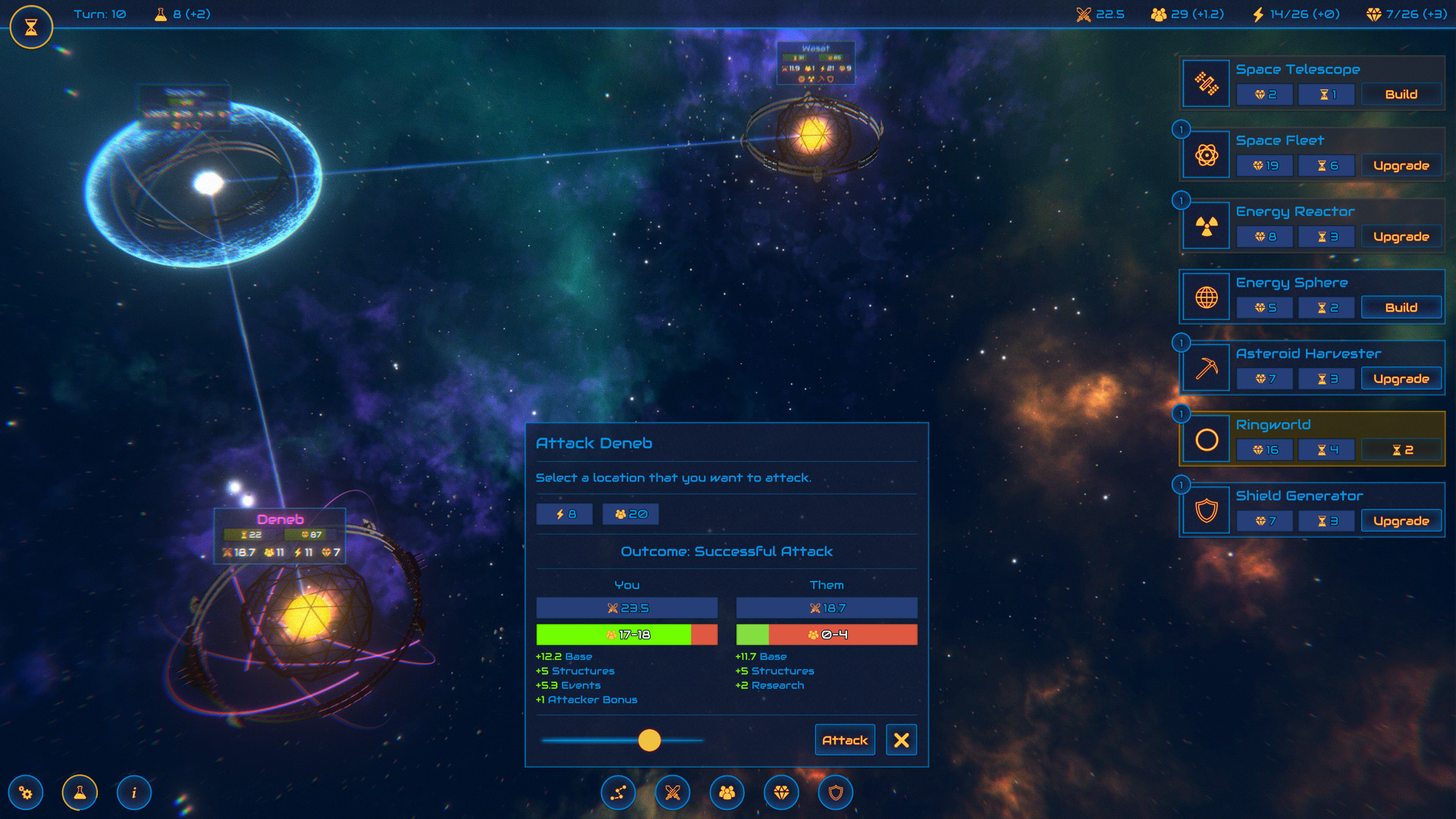 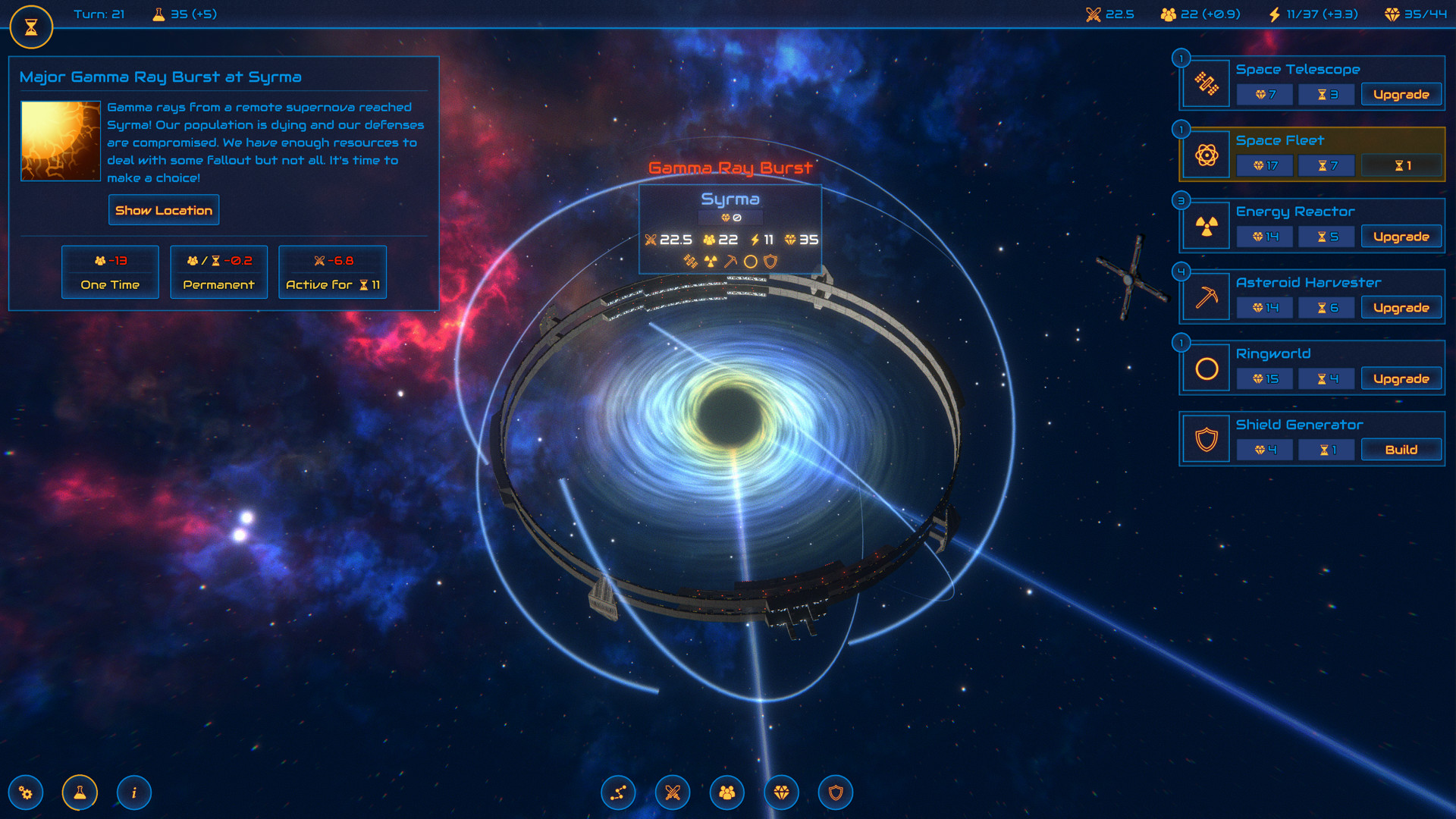 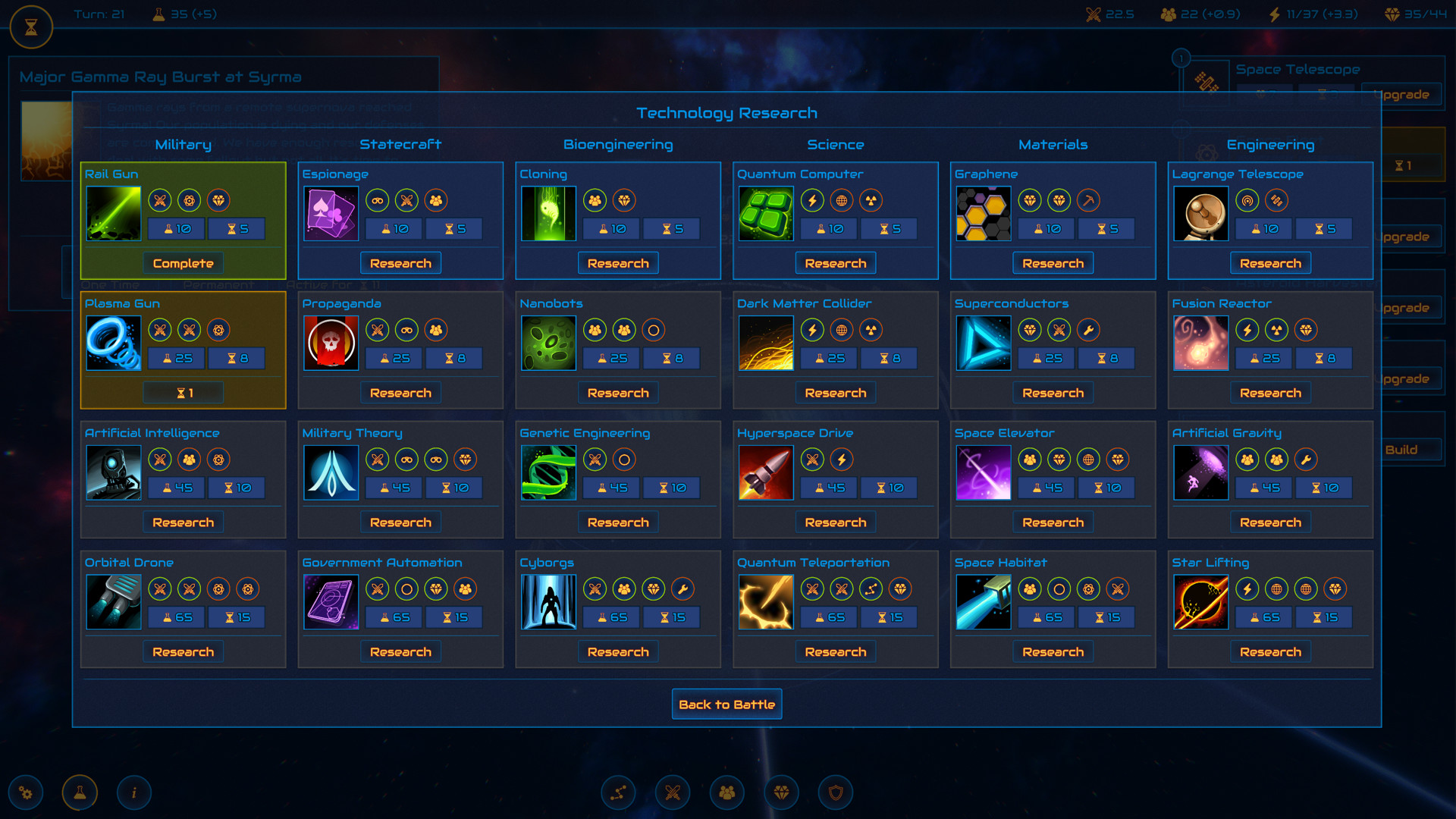 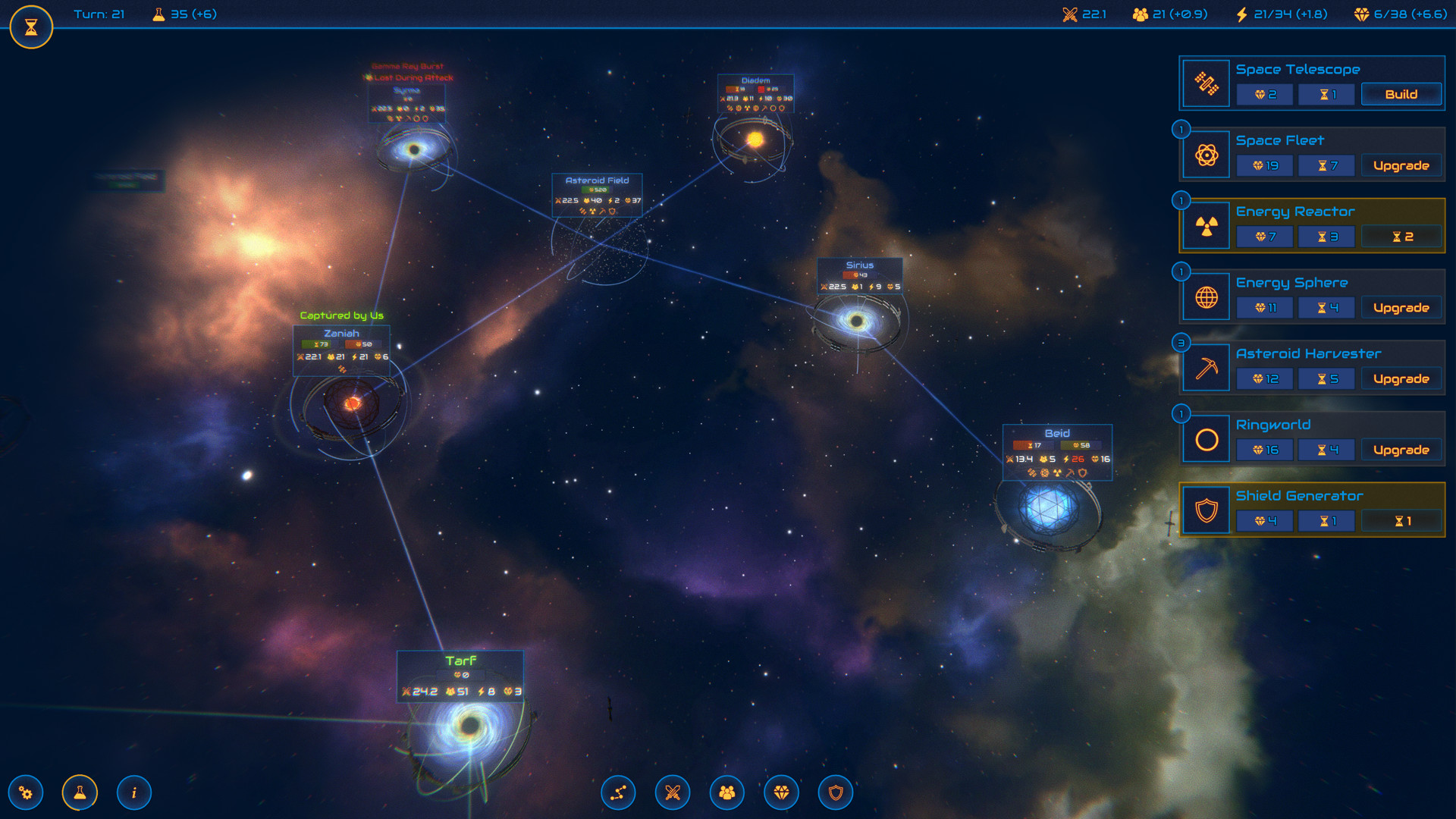 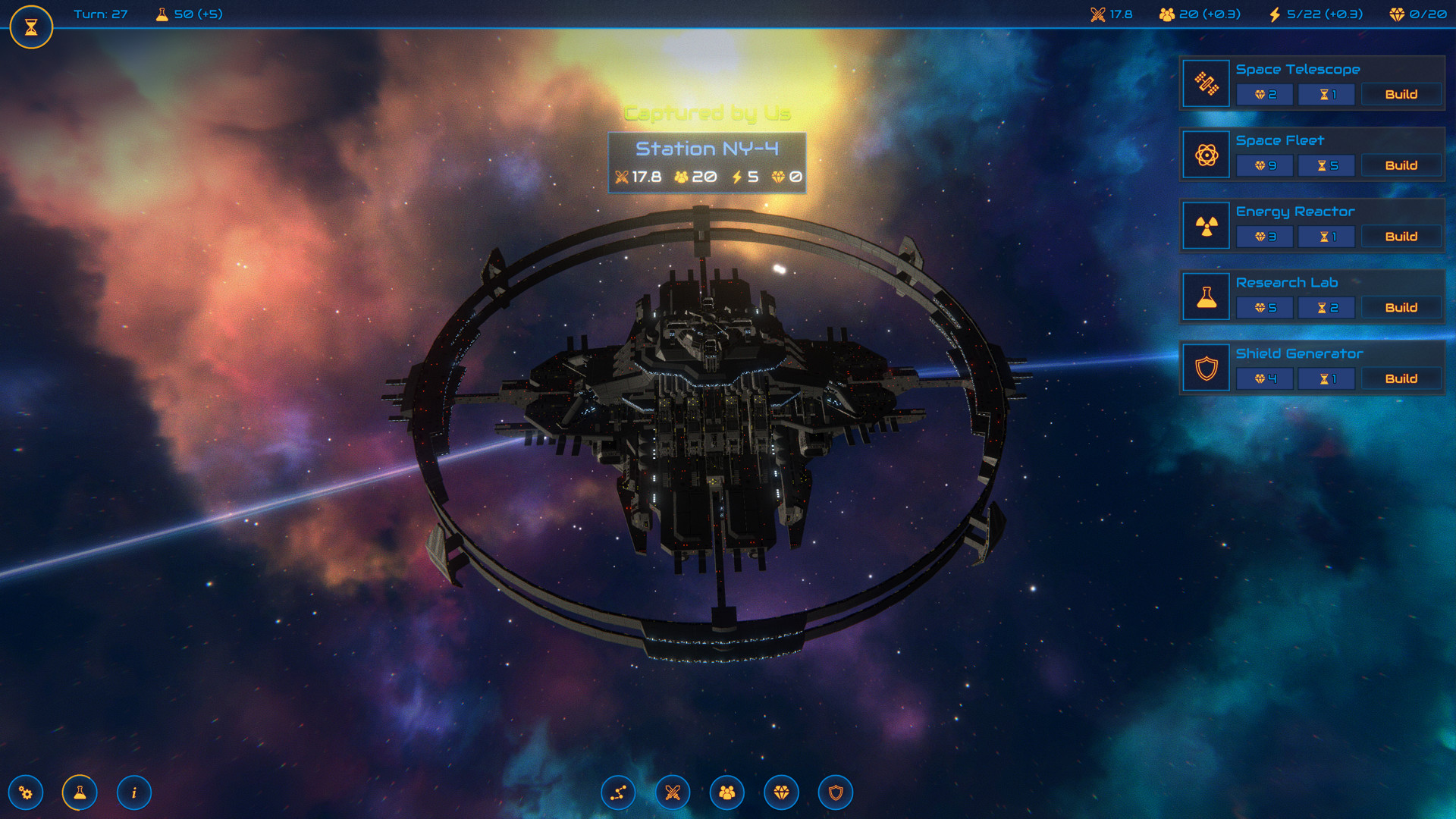 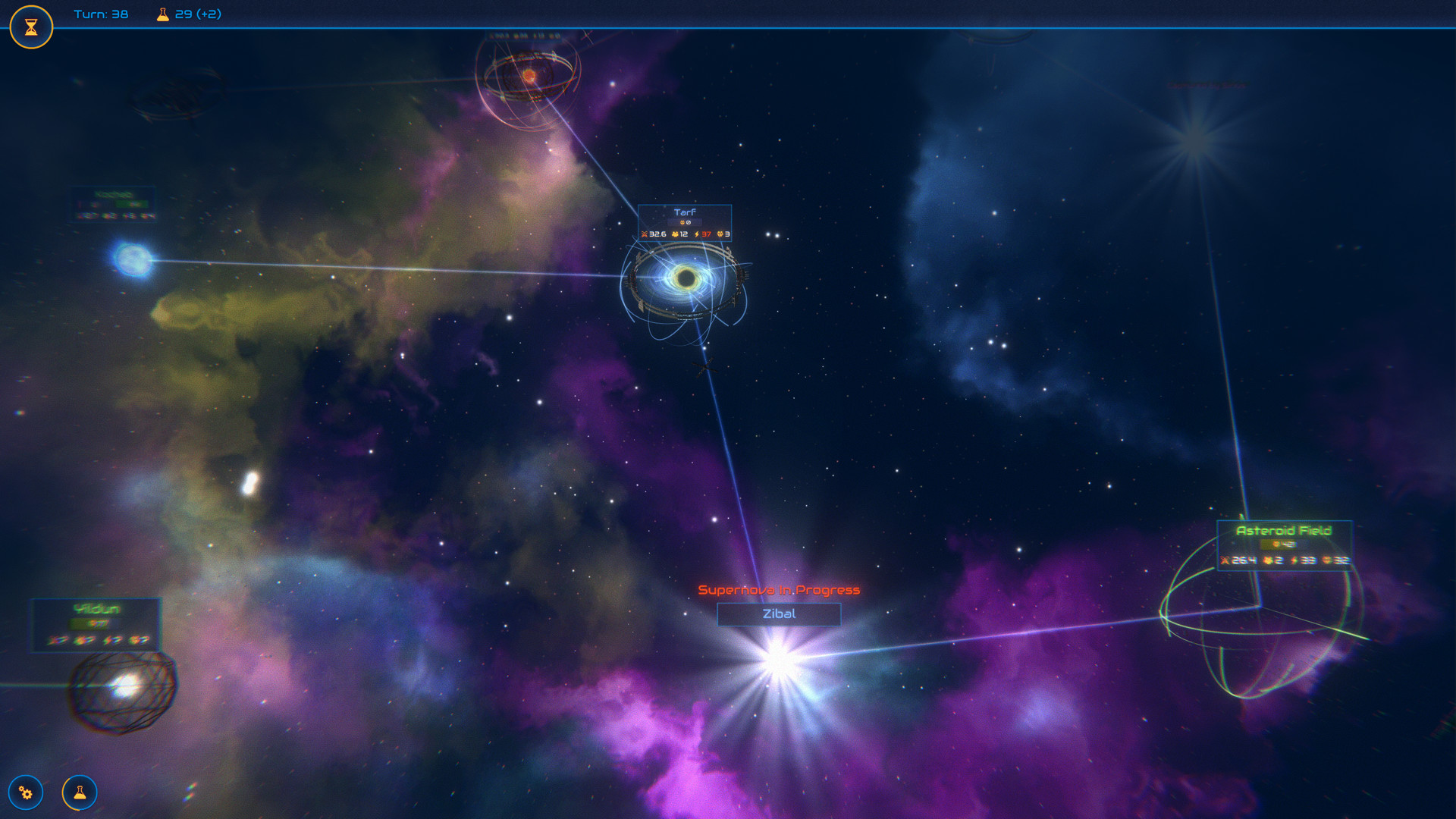 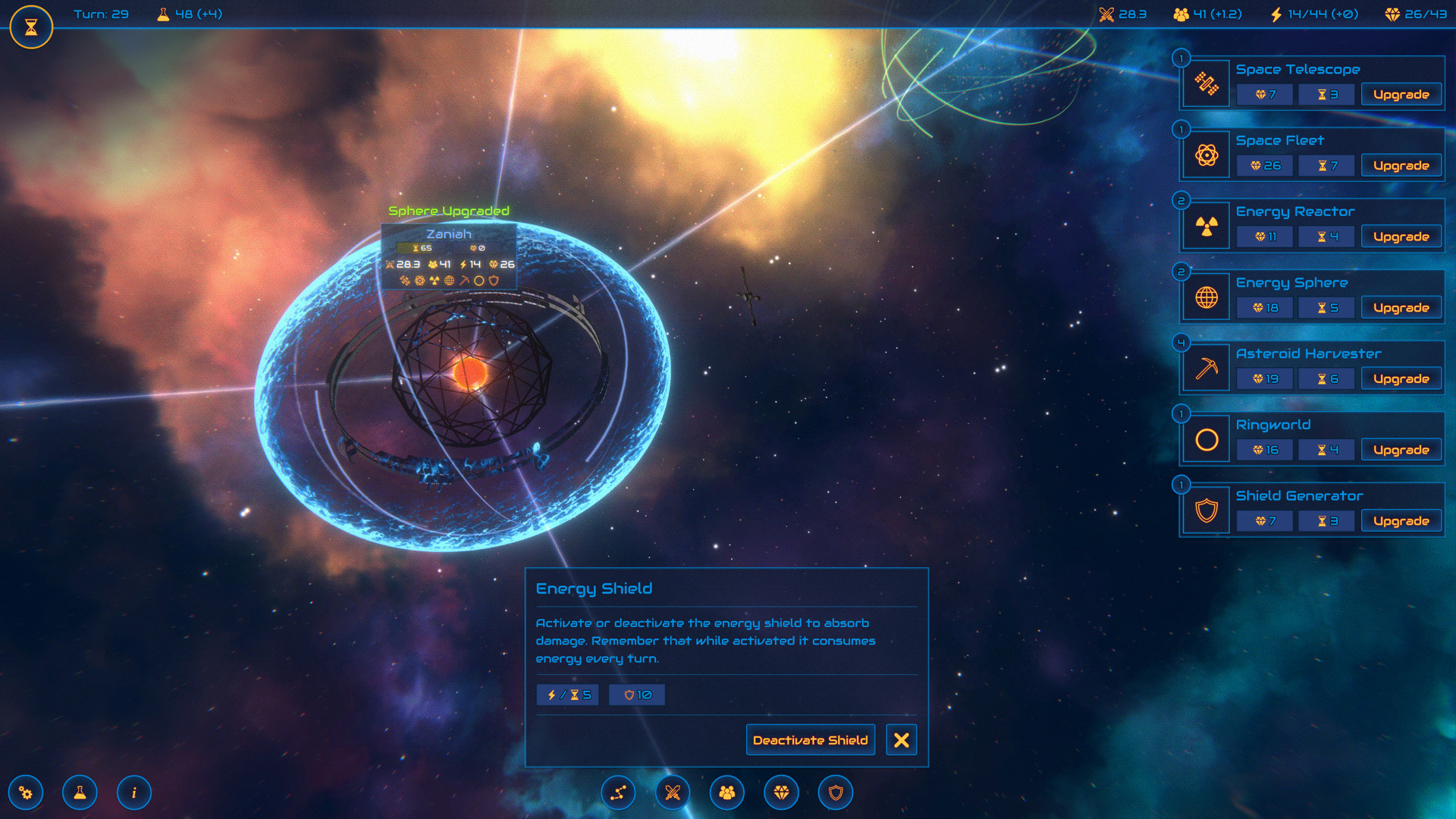